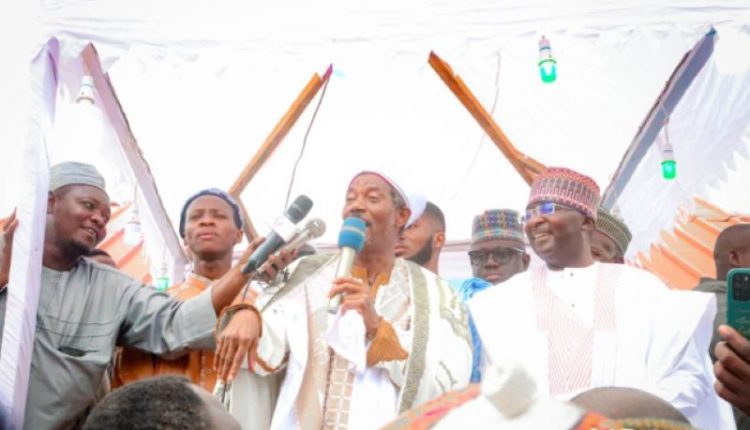 Your faithfulness will be rewarded – Khalifa Maikano tells Bawumia

Supreme Leader and President of Tijaania Muslim Council of Ghana, Sheikh Khalifa Ahmed Abdulai Maikano Jallo has showered commendations on the Vice President, Dr. Mahamudu Bawumia and the Akufo-Addo government for their sincerity and commitment to the people of Prang.

Addressing thousands of congregants during Dr. Bawumia’s visit to Prang for Jummah Prayers on Friday, Khalifa Maikano told the enthusiastic audience how Dr. Bawumia, President Akufo-Addo and the NPP government have demonstrated unwavering commitment to the development of Prang (in the Bono East Region) and the region as a whole.

Apart from mentioning the enormous support Dr. Bawumia has personally offered them, which includes a multi-purpose mosque, Khalifa also listed a number of government projects and interventions they have received from the President Akufo-Addo Government, saying it has never happened before under any government.

“Previously, it seemed we were not part of Ghana but now we are part of the country,” said Khalifa Maikano.

“I am not singing their praises but I am saying things that have happened, which everyone can see and attest to. As for the mosque (which Dr. Bawumia built) it is right in front of you and you can all see it.” 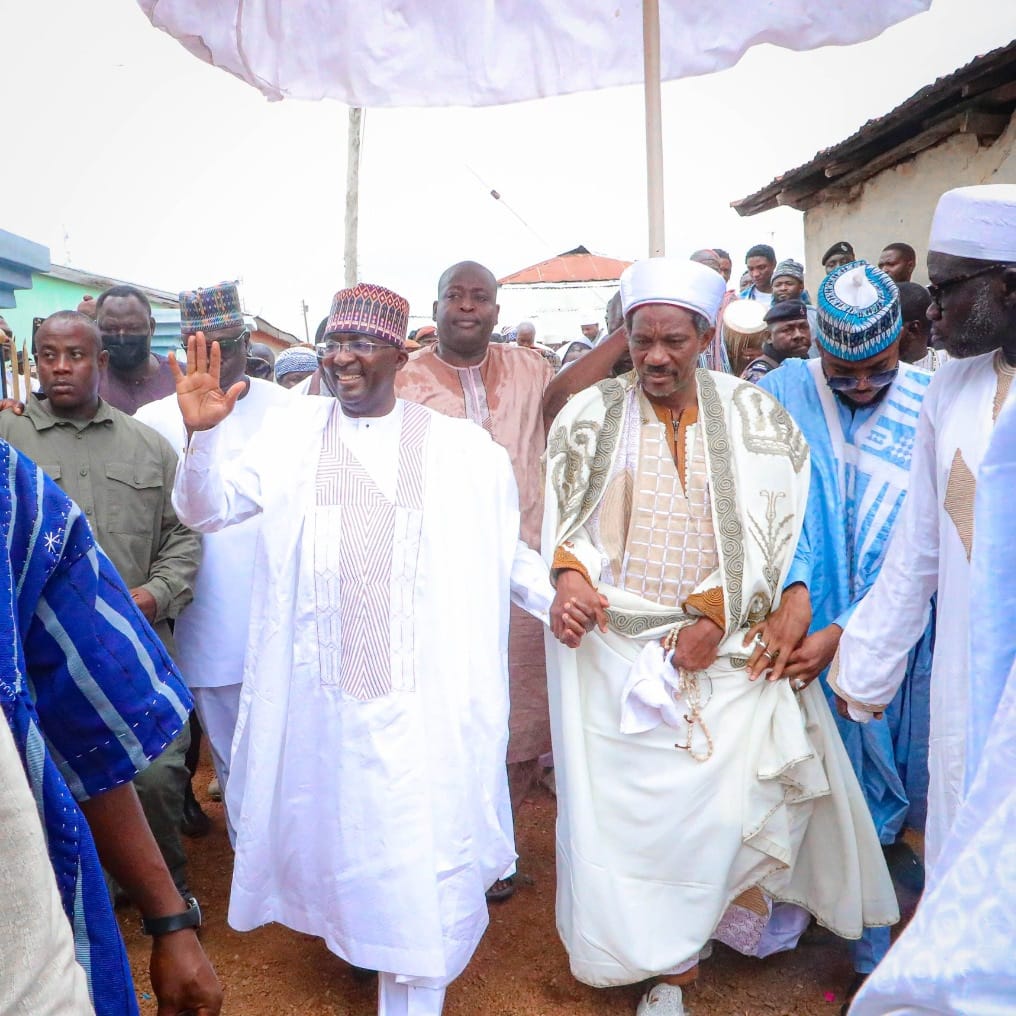 Khalifa Maikano also praised President Akufo-Addo and Vice President Bawumia for appreciating and remaining grateful to the people of Prang for their support after seeking their prayers prior to being elected in 2016.

“Nana Akufo-Addo and his running mate were here to introduce themselves to us and to ask us to pray for them. And when they won, they came back to express appreciation. This has never happened,” he said.

Khalifa Maikano assured that for their gesture and the many things the NPP has done for the community, he and his people will contine to support and vote for the NPP.