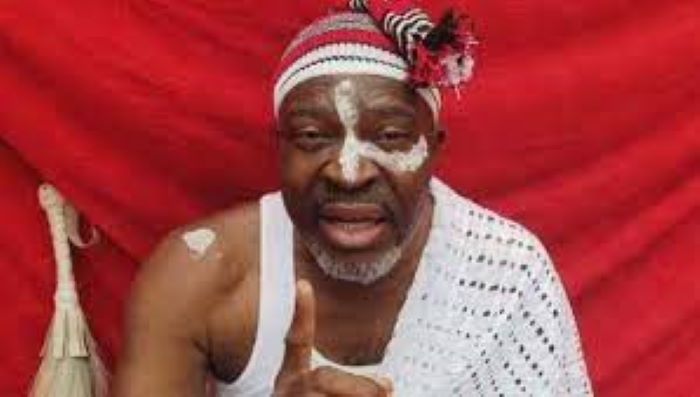 You won’t past the next 7 days – Kanayo O. Kanayo tells person who posted news of his ‘death’

Veteran Nollywood actor, Kanayo O Kanayo, is angry after the news went viral that he had passed away.

Addressing the death hoax in an Instagram video, an angry Kanayo O Kanoyo said he could not phantom why people would spread fake news without verification.

In his tirade, the actor indicated that he has family and friends who were worried, just like any entertainer after seeing the publication.

“I don’t know what people gain by carrying out rumours, printing their own obituaries. Do most people think that Nollywood actors or entertainers don’t have families? Somebody wakes up, compiles 3/4/5 pictures and put rip; you will not live past the next seven days you’ve got the wrong guy,” Kanayo O. Kanayo said.

The veteran actor said his life is in nobody else’s hands but his hence the publisher did not have the right to spread such misinformation.

He, however, ensured his fand and followers that he was healthy and strong adding “I don’t even have a fever.”

Kanayo O. Kanayo also thanked his friends and family who called him to verify the news and ask about his health.

But to the publisher, he said “whoever has compiled these pictures published his own obituary, (in) seven days you’ll exit this world.”

When we said we will review policies, they said we’ll cancel it, we await their definition of ‘Review’ – Prof Naana Opoku-Agyeman