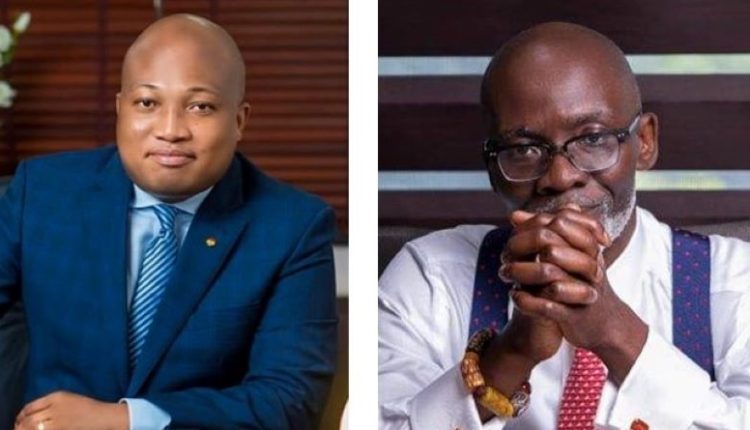 The first day of the public hearing of the committee on the motion of censure against the Finance Minister, Ken Ofori-Atta, was characterized by heated exchanges and clashes between the Minority members and some members of the Majority side.

The Member of Parliament for the North Tongu constituency, Samuel Okudzeto Ablakwa, also engaged in heated exchanges with counsel for the Finance Minister, Gabby Asare Otchere-Darko.

Mr Otchere-Darko had sought to advise Mr Ablakwa to reserve some of his comments for a press conference and not the committee sittings, but in a sharp rebuttal, the North Tongu MP asked the seasoned lawyer not to attempt to teach him his job.

Mr. Otchere-Darko had earlier expressed concern that his client would be caught off guard by the evidence and requested “full particulars of the facts in support of the allegations against the [Finance] Minister.”

He also said there would not be enough time to scrutinise the evidence outlined by the Minority.

“It would not be fair for the Minister of Finance to be ambushed right here without any preparation to start answering questions.”

The Minority Leader, Haruna Iddrisu, also dismissed suggestions that the current economic crisis in Ghana was mainly caused by the war being waged on Ukraine by Russia.

Addressing the Committee, the Tamale South MP said the “reckless borrowing” and “reckless spending” by the Finance Minister are the cause of Ghana’s woes.

“Did you borrow to support the war in Ukraine,” Mr Iddrisu asked, arguing that, it was because of Ofori-Atta’s recklessness that caused Ghana’s economic woes.

I will score this government 2 out of 10 – Dr. Nyaho Nyaho-Tamakloe on state of the nation