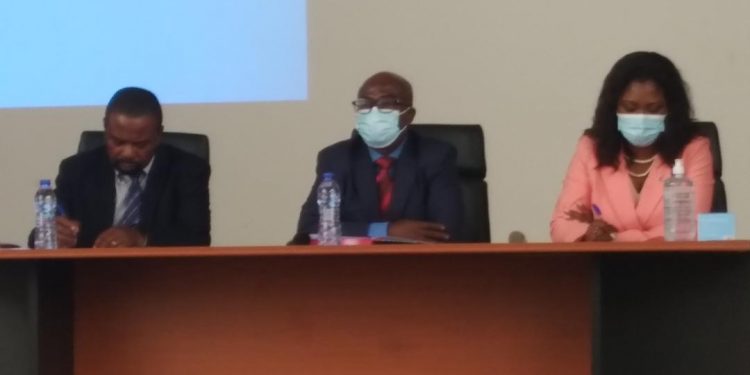 The family of the late Abdul Nasir Yussif, one of the two persons who died during the shooting by security personnel at Ejura in the Ashanti Region, say they will reject any compensation presented to the family by the government.

The Ejura Committee report, which was released on Monday, among other things, recommended that the affected persons and families be compensated, without any indication of any severe punishment for those whose actions caused the two deaths and injuries to four persons, who were protesting against the death of a social activist.

In an interview with Citi News, Abdullai Abubakar, the brother of one of the two deceased persons, said they want the persons who killed their relative to be brought to book.

“We have gone through the report, and it is not in our favor because you can’t come and kill someone’s relative and give the family money and say it’s okay. This is why crime is continuing in this country every day because we are living in a system of impunity, that is what we want to stop.”

“Our problem is not money, so you want to compensate us for what? All we want is justice. We are not going to tale any money without trial. Will our relatives come back to life if we take the money.”

The committee that probed the disturbances, months ago, specifically named two deceased persons and three others injured to benefit from the compensation.

“Adequate compensation must also be paid to other injured persons namely, Louis Ayikpa (20years), Awal Misbau (16 years), and Nasif Nuhu (30 years). These are the names known to the Committee”, the recommendations read in part.

The only sanctions were a recommendation for the removal of the MCE for the area, and perhaps the transfer of the Ejura Police Commander. There were no strong recommendations for actions against the military personnel who fired the shots or the Ashanti Regional Minister who called in the military.

In the case of the military, however, the Committee recommended that it “reviews the actions of the section on the ground, led by Lieutenant Martin Opoku Adusei, for the inappropriate use of force, and apply appropriate sanctions.”

In a related development, the family of the late Ibrahim Mohammed, popularly known as Kaaka, has said the report by the three-member committee of inquiry into the disturbances at Ejura, is fraught with factual inaccuracies.

The committee in its report concluded that the activism of Kaaka cannot be linked to his death.

It explained that his death could more likely be linked to a family feud.

In the 55-page document, the committee also cast doubts on representations by one Abeewakas Umar, to the effect that Kaaka was killed as a result of his activism

It said it was convinced about the evidence of Sadia Fuseini because it was more “reasonably probable than the unsubstantiated evidence of Abeewakas.”

“We, accordingly, find that the death of “Kaaka” was not directly linked to his social media activism. It is more probably a family feud. This is also supported by the testimony of Aminu Mohammed, a resident of Ejura and a friend of the late Kaaka”, portions of the report read.

But the brother of the late Kaaka, Nafiu Mohammed, who spoke on Eyewitness News on Monday said, the findings and recommendations of the committee are completely problematic.

“Going through the document, you will realize that there are a lot of factual inaccuracies. But what can we do? It is human beings who sat before four individuals, and they came out with this, so we have to study it. But generally. I have problems with everything about the findings and recommendations.”

“We have lived for centuries and there is no feud among us. We think that in the law court, we can examine some testimonies because some witnesses knew they were going to peddle falsehood, so they went in camera. So to be frank, we are not happy with the report, it contains a lot of speculations and factual inaccuracies.”

Previous compensation to families of 7 men killed by police

In January 2019, the Akufo-Addo government paid a compensation of GHS 1.7 million to families of seven young men killed wrongfully by police officers at Manso Nkwanta in the Amansie West District of the Ashanti Region.

Each family received GHS 250,000. The young men were wrongly tagged by police officers in the region as robbers and killed. A committee, however, established they were not robbers.

Although punitive actions against the police officers in question were not clear, the government appeared to be more interested in compensating the families – after which the case ended.

It remains unclear till today any officer or some officers were made to face the law for the killings.