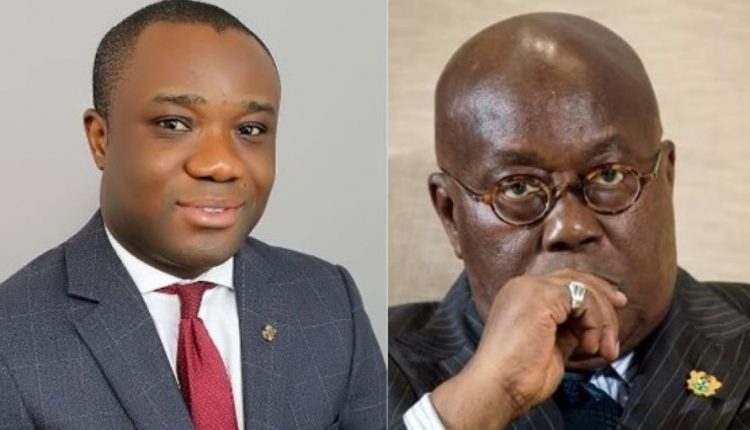 Speaking on Joy News’ AM Show on Tuesday, he said, “you can’t live a champagne life on an ‘akpeteshie’ (local gin) budget.

“That’s essentially what the problem is. Every basic economic student knows that in times like this, what you go for are cuts in your expenditure.

“In non-essential areas. But this government has loaded the budget with non-essential spending and is, therefore, unable to meet the most important expenditure while sacrificing the important ones.”

Ghana’s economic downturn has become topical for a while after Moody’s downgraded the country’s financial ratings.

Moody’s Investors Service (Moody’s) moved Ghana’s long-term issuer and senior unsecured debt ratings to Caa1 from B3 and changed the outlook to stable from negative.

The opposition National Democratic Congress (NDC) has latched on this, explaining why it is the better option.

The aspiring MP for Abura Asebu Kwamankese said, “in 2016, there were elections. We could also have decided to spend beyond our means to win the election, but we didn’t.

When the host, Benjamin Akakpo, asked the former Deputy Minister, what NDC will do differently, he said, “first of all, the extravagance will go. Auditor-General has shown that some ¢12 billion has been lost to irregularities. When we were in power, it was ¢780 million, and even that is unacceptable.

“So we would work to reduce that. But we cannot have ¢12 billion going down the drain annually, and you want to tax people. We’d also ensure the corruption that we’re witnessing is abated.

“And our policy prioritisation will focus on what matters to the people. In education, health etc., that is absolutely necessary. So we’d not engage in fanciful politicking laced on propaganda sloganeering.”