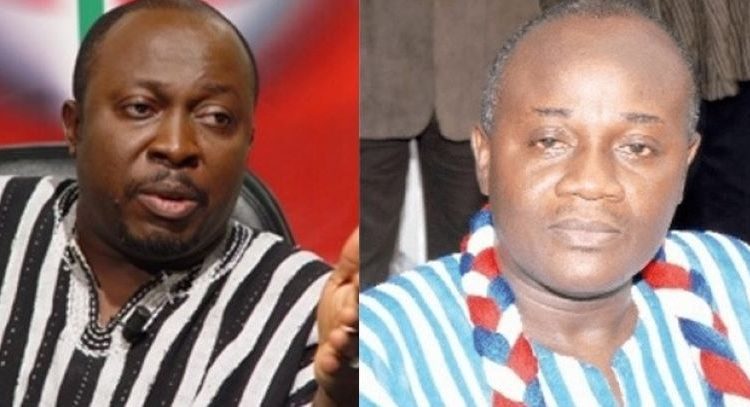 Member of the National Democratic Congress (NDC) legal team Baba Jamal has indicated that his has provided better alternative policies including regularizing OKADA operations in Ghana.

His comments come after Dan Botwe criticized the opposition party for being lazy thinkers who are just good at criticizing the government.

He says if he reads, he would have been aware that the NDC has provided better alternative policies they intend to use in making Ghana better than the New Patriotic Party is doing.

Baba Jamal who was speaking on Accra-based OKAY FM said “I’m amazed that an experienced Dan Botwe who is a force to reckon with when it comes to elections in Ghana will say NDC does not have alternative policies. Where do you find policies and programmes of a political party that wants power? Doesn’t NDC have a manifesto? Where will you find the alternative if not for our manifesto?

He continued “we even said that we will regularize the use of OKADA in Ghana and that’s a better alternative policy by the NDC. So I don’t see why he says there is no alternative. The NPP went to pick their policies and are suffering the brunt so they should focus on that and leave the NDC”.

He holds the view the NDC has been a worse opposition which has provided no alternative policies to the good people of Ghana.

Dan Botwe says it’s worrying that a political party that wants to come back to power will just be lazying around and only criticize government.

“We are not an electoral Machine. The party does not exist to win only elections. We formed the party to churn out programmes and policies that will change the lives of people. Regularly we were coming out with ideas. Regularly sector by sector we were holding press conferences.

Those who are in opposition now, have you heard that they have organized any press conference to provide any alternative policy? Yet you the media haven’t challenged them. They have been in power and want to come again.

What alternative do you have for this country? Have you people asked them? I’ve mentioned from President Kuffour’s time policies that didn’t exist that we brought. We brought school feeding, health insurance, LEAP we brought it,” he said.

He continued ” this time around we brought 1D1F, free shs, one district one factory, you saw the agenda 111. Tell me beyond brick and mortar…If you take taxes from the people you will certainly construct roads and also build schools. That one almost every government will do that. I’m talking about ideas, social intervention policies. We have challenged them to point to one, they’ve never been able to bring any policy. They are in opposition, they have all the time still nothing”.

If Ghanaians supported E-Levy, we would have fixed more roads – Roads Minister