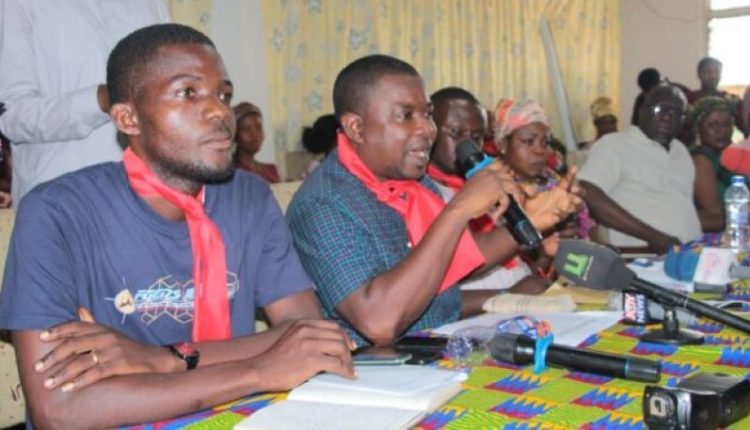 There is escalating tension in Yilo Krobo traditional area over an alleged tribal comment made by a senior police officer who is also a Lawyer installed as parallel Chief of Okper Division I Yilo Krobo, Nene Nanekey Terkpertey Ofori Agor IX known in private life as Dennis Yao Terkpertey.

He also dared him to explain the source of his overnight wealth being used to sponsor thuggery in Yilo Krobo.

These comments have triggered anger across the Krobo area.

“This has now created a theatre of uneasy tension, but for the patience of the youth (Concerned Krobo Citizens) now in deafening silence to hold their peace, there would have been chaos of reprisal attacks to stage a revenge. It is our moral prerogative to nib this antisocial attitude of Dennis Terkpetey, a supposed peace officer, who is also a friend of the law in the bud since his actions violate moral conscience and the constitution of Ghana as per Article 17 which states inter alia” said Concerned Citizens of Yilo Krobo. 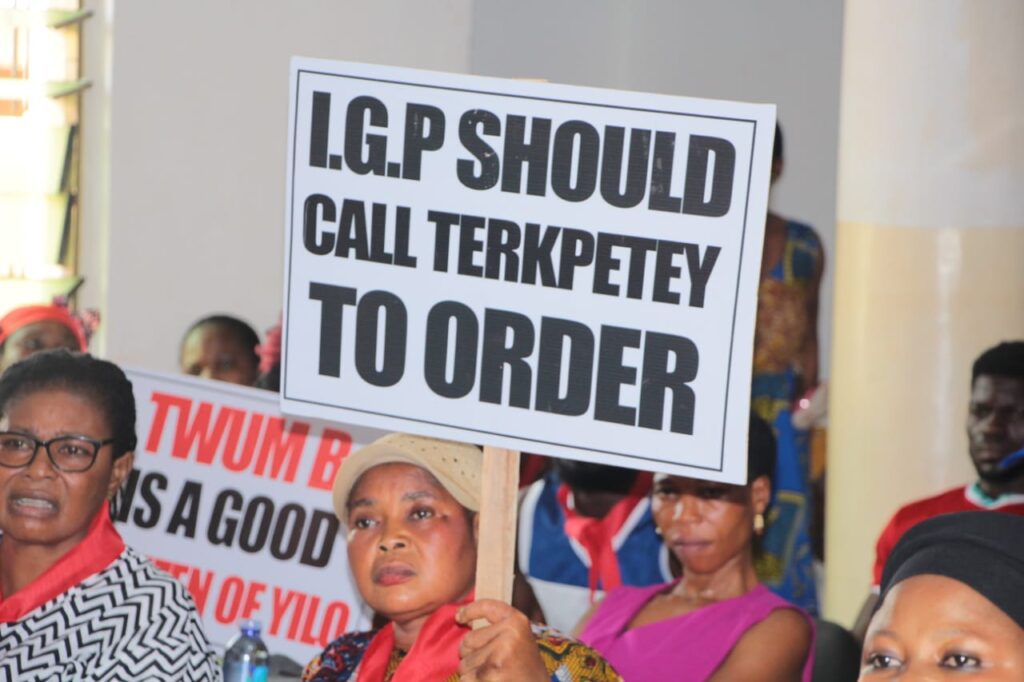 Addressing the media Tuesday, January 24, 2023, Convener of Concerned citizens of Yilo Krobo, Edmund Aboagye, called on the Inspector General of Police (IGP) to investigate the defamatory and ethnocentric comments made by the police officer and call him to order to avert clashes.

“Dr.Twum is a Krobo from PLAU, born and bred in Yilo Krobo, per the tradition, every Kroboman has a village. Dr. Twum’s village is Klo Akwapem and Oluahai in the Yilo Constituency of the Eastern Region. We call on the IGP and the General Legal council to investigate the assertions made and proffer the necessary remedies, as the action of the so-called chief has marred the otherwise peace and tranquility among all the ethnic groups in Somanya. As we speak, this press conference is just within Somanya, whiles surrounding

villages and towns especially, where Dr. Twum’s philanthropic gesture is profound and visible, are amassing to register similar protest against the unfortunate statements from a lawyer of his stature and a police officer for that matter” 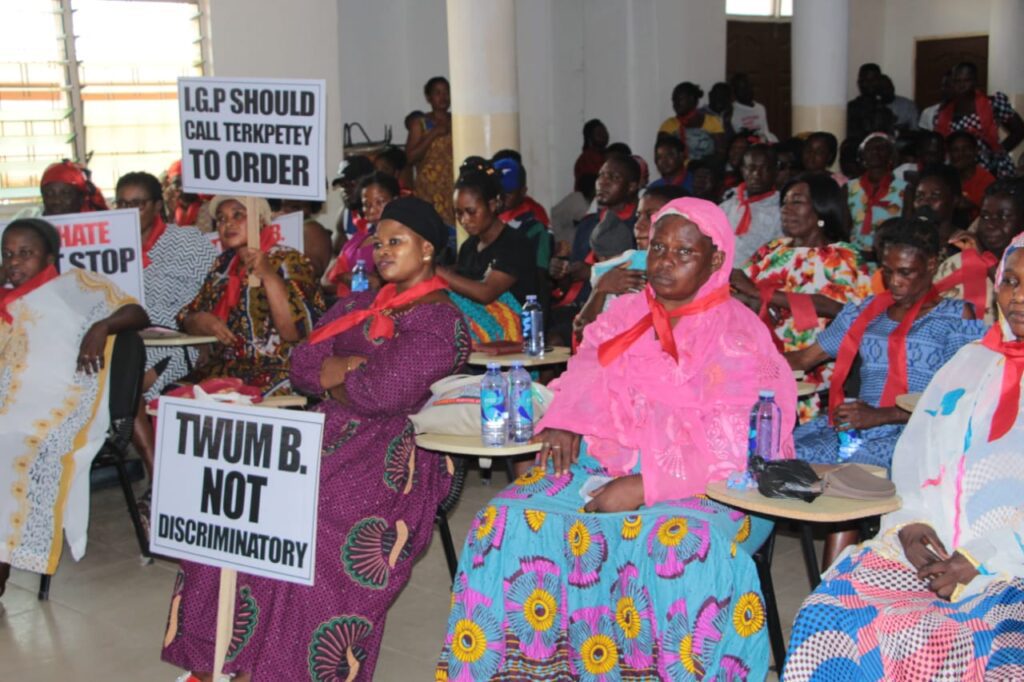 The concerned citizens of Yilo Krobo also responded to accusation of opulence and sponsoring of thuggery in the area with his unexplained wealth describing it as untenable.

They stated that a number of youth in the area have gained employment opportunities in the security services and public sector through the efforts of Dr. Twum Barimah. Additionally, he supports the poor and vulnerable and embarks on developmental projects such as the drilling of boreholes in many rural communities.

Same Dr. Twum assisted and supported over 500 needy but brilliant students; facilitated soft loans to 300 market women financially to stay in business and instituted his own version of LEAP to take care of not less than 100 elderly people in Somanya with monthly stipends,” the group averred.

Some of the Krobo youth clad in red armbands holding placards of varied inscriptions threatened to stage massive demonstration against the attempt to bring down Richard Twum Barimah, the Executive Director of Volta River Authority Trust Fund.

“Yilo is not only Somanya.Yilo has about four big suburbs that is Somanya , Nkurakan, Oterkpolu and Agogo, we will organize people from all these areas at the roundabout here and cause a serious demonstration that the entire Yilo Krobo has never experienced in its entire life before.This will be a very serious demonstration so it is a caution to him to stop otherwise Yilo is not only going to do it but we have our brothers and sisters from Upper Manya, Lower Manya, and all these people are part of the Krobo enclave so you can’t only isolate”

Nene Anyeenorgu Teye Agor IX, divisional chief of Okper, backed by other divisional chiefs and some Queen mothers, dissociated themselves from the tribal bigotry comment by his rival chief.

They however bemoaned inaction by the Police administration towards the senior police officer despite submitting several petitions over his conduct capable of destabilizing the peace of the Krobo area. 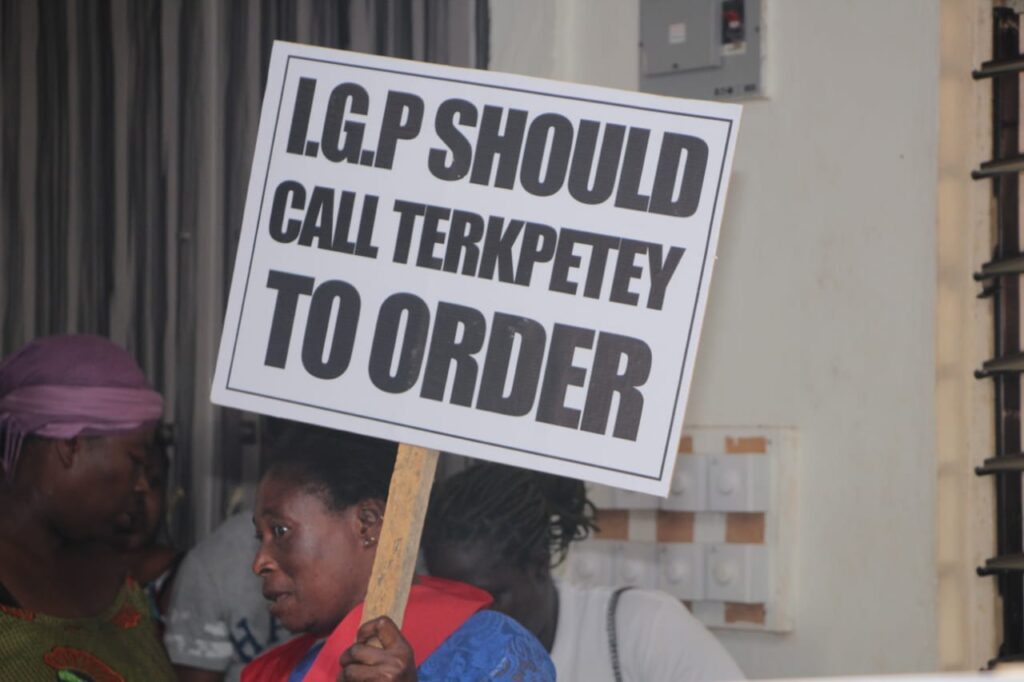