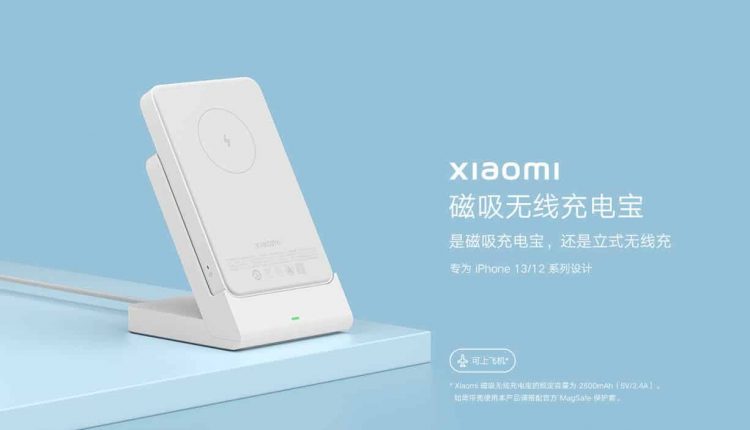 With the launch of the iPhone 14 series, several other manufacturers try to make a profit by offering accessories for Apple’s new devices. Unexpectedly, Xiaomi’s specially designed iPhone charger, the magnetic wireless power bank, has become a best-seller gadget.

Last week, Xiaomi introduced a portable battery. With a wireless charging station function with a magnetic adapter and a vertical stand. Which is specially designed for iPhone 13 and iPhone 12 series smartphones. According to today’s news, the 199 yuan ($28) Xiaomi magnetic wireless power bank and charger is no longer available in Xiaomi Mall.

Xiaomi’s new gadget has become a bestseller: This is a portable battery and wireless charging station

The magnetic wireless power bank from Xiaomi has a capacity of 5000mAh, which is 1.7 times greater than the capacity of Apple’s MagSafe external battery (2920mAh). It has a two-in-one design. And a base that works as a wireless charging station in addition to a power bank. With compatibility for the iPhone 12, iPhone 13, iPhone 14 series, and subsequent devices, switching between the two forms is simple.

In order to avoid forgetting to push the button and not charge. This magnetic charging power bank enables automatic induction and begins charging automatically as soon as it fixes on the gadget. Additionally, it enables charging and discharging simultaneously. Allowing you to keep a fully charged condition at all times while simultaneously charging your phone.

A Type-C interface with two-way charging is also included on the Xiaomi magnetic wireless power bank. The input may be as much as 20W and the output can be up to 12W. When it connects, it takes 2.2 hours to charge completely.

Many GTA 6 Leaked Videos Reveal A Lot Of Details