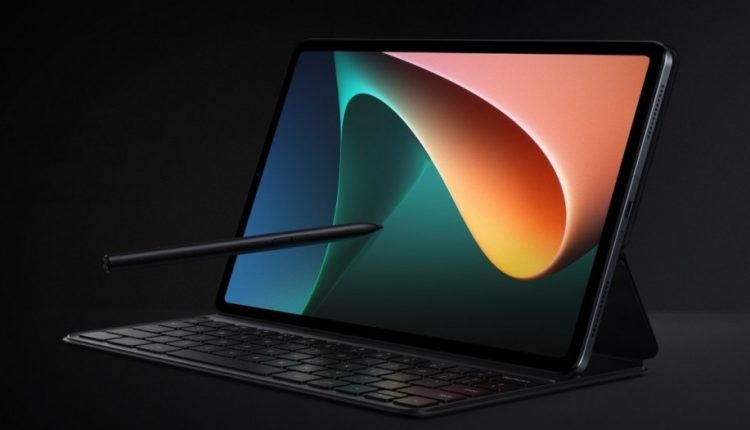 The Xiaomi Pad 5 is apparently something of a must-have device for tablet buyers at the moment, with the Chinese OEM seemingly hitting the sweet spot between price and performance capabilities. The Snapdragon 860-sporting regular variant recently sold out in Xiaomi’s European stores thanks to considerable discounts, with the tablet being offered at just €299.90 (normally €399.90) and £299 (usually £369) in Europe and the UK, respectively. Now the Pad 5 has come back into stock, but unfortunately for those who were waiting for it to return it is now at full price.

While it might be worth waiting for one of Xiaomi’s frequent flash sales to snap up a Pad 5 at a bargain price, or scouring the net for a discount coupon, there is another option for shoppers who would rather snap up the tablet now or are based in other markets, such as North America. Giztop has all three SKUs in stock: the regular Xiaomi Pad 5 with SD860, the Xiaomi Pad 5 Pro with SD870, and the Pad 5 Pro with 5G connectivity. The retailer is offering a sale on the Pad 5 Pro edition, with prices starting at US$449 for the 6 GB + 128 GB model. 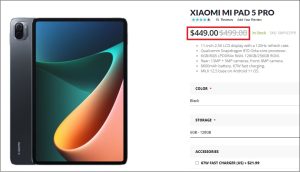 It’s important to keep in mind that these Xiaomi Pad 5 and Pad 5 Pro devices are the Chinese editions, although the menus are also available in English. Giztop states that the tablets do come with Google Mobile Services and the Google Play Store conveniently pre-installed. However, while both the regular Pad 5 (from US$399) and Pad 5 Pro 5G (from US$669) are listed as in stock, it is only the Xiaomi Pad 5 Pro that is discounted, with US$30 to US$70 slashed off the price depending on the RAM and memory configuration.