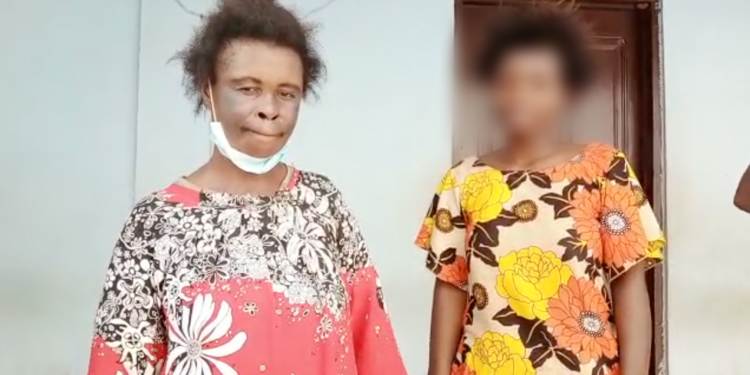 The Kumasi Circuit Court has sentenced a 45-year-old woman, Theresa Asamoah to six years in prison with hard labour for her involvement in a baby theft incident at the Kumasi South Hospital.

Her daughter, 21-year-old Priscilla Appiah, who pleaded not guilty, has been granted a GHS100,000 bail with three sureties to be justified.

According to the Police, their investigations show that Theresa Asamoah and Priscilla Appiah on June 10, 2019, tricked a nursing mother who had just delivered at the hospital and took away her baby.

The police say the woman who had just delivered, migrated from Nandom and was a head porter staying with Theresa Asamoah and her daughter who at the time had faked a pregnancy to her husband.

During the court hearing on Thursday, the prosecutor Inspector Oparebea stated that Priscilla Appiah then took the baby home and informed her husband that she had given birth while the head porter, Sylvia Pime, was told that her baby died shortly after she gave birth and was sacked from the house.

The prosecutor added that Sylvia Pime, after receiving that news, went back to her hometown, Nandom only to return in two years time to Kumasi to realise that her baby was still alive.

She then reported to the police.

Speaking to Citi News, the Ashanti regional coordinator of the Domestic Violence and Victim’s Support Unit, (DOVSU) of the Ghana Police Service, Superintendent Susana Dery says they launched investigations immediately which led to the arrest of the suspects.