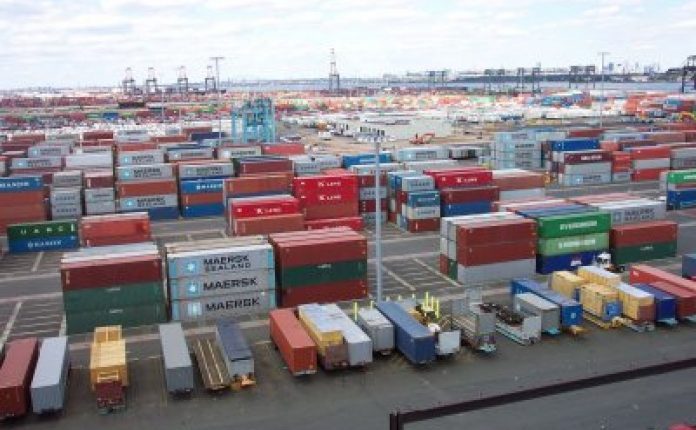 The opposition National Democratic Congress (NDC) has demanded that government completely withdraw the reversal of benchmark value policy at the ports.

At a press conference today at the party’s headquarters, the NDC argued that the reversal of the benchmark value policy will worsen the already economic hardship in the country.

National Communications Director of the NDC, Sammy Gyamfi stated that this policy by government is a draconian revenue measure from the government due to its ‘reckless economic mismanagement.

“We wish to make the point that Ghanaians have had enough of the deception and callousness of the Akufo-Addo/Bawumia/NPP government.

“We in the NDC hold the view that this is not the time for more taxes and draconian revenue measures such as the reversal of benchmark revenue policy.

“We share in the view espoused by GUTA and the importers and exporters association of Ghana that the GRA withdraws the statement announcing this measure which will only go a long way to stifle the already burdened businesses in the country and they must withdraw this immediately,” he said.

He said the claim by the government that benchmark reversal policy is intended to boost local industries is mischievous and false.

He explained that some of the items listed under the categories of imported goods affected by the policy are not manufactured in the country, hence, the policy is not geared towards boosting local industries rather increasing import duties.

“Friends from the media, the claim by the government that the purpose of the reversal of benchmark value discounts is to address concerns raised by the Association of Ghana Industries (AGI) and promote local production, is mischievous and ridiculous to say the say least.

This is because some of the items listed under the 44 categories of imported goods affected by this draconian policy, such as vehicles, spare parts, Plants, Equipment, machinery, sugar, some drugs (pharmaceuticals) are not manufactured in Ghana, while some of the affected items such as Clinker, cement paper, paper, etc. are input materials for local production.

Even for the few affected products that are produced locally, we do not currently have the local capacity to produce to meet national demand. Hence, any policy that seeks to increase import duties and ultimately the prices of goods will lead to more hardships in the country,” he added.

Meanwhile, the government has suspended the benchmark review reversal until Thursday, January 6, 2022.

A credible source at the Ghana Revenue Authority revealed to JoyNews, and checks at the ports show that agents are clearing their goods with the old charges.

It is unclear what informed the sudden change of plan and the implementation of the old charges at the ports.