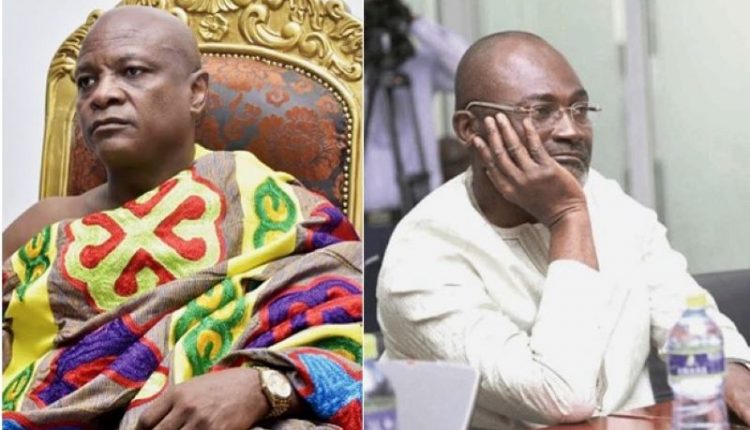 The palace spokesman for Togbe Afede XIV has told Graphic Online why the Assin Central Member of Parliament (MP) and New Patriotic Party (NPP) presidential hopeful, Kennedy Ohene Agyapong’s homage and gift was rejected at the Asogli Palace on Friday.

Some sub-chiefs and elders at the Asogli Palace at Ho-Bankoe, made it clear to Mr Agyapong that the Agbogbomefia was not ready to accept any homage whatsoever from him.

Mr Agyapong had turned up at the Asogli Palace at Ho-Bankoe on Friday to pay homage to the Agbogbomefia of Asogli, Togbe Afede XIV, a day prior to the Te Za (yam festival) durbar, but he was not allowed to do so.

His gift to the Agbogbomefia was rejected.

Left with no other option, Mr Agyapong who was seen sitting close to the Volta Regional NPP Chairman, Kafui Woanya, then waved good-bye to a section of the gathering and left the palace, reports Graphic Online’s Volta Regional Correspondent, Alberto Mario Noretti, who was at the Palace.

Later, palace spokesman told Graphic Online that the decision to reject Mr Agyapong’s gifts of homage was based on “his gross lack of respect” for the Agbogbomefia.

“A few years ago, Kennedy referred to our Agbogbomefia as corrupt person who used his position as the chairman of the National Investment Bank board to do fishy deals.”

“We have also not forgotten the comment Kennedy Agyapong made some years ago about the Ewe and Ga people,” said the palace spokesman.

A large number of corporate bodies, including banks and other business groups including the Graphic Communications Group Limited, political and religious groups as well as individuals from far and near flocked the Asogli Palace to demonstrate their love and respect to Togbe Afede XIV and pay homage to him when he sat in state on Friday (September 9, 2022).

The palace spokesman made it clear that Mr Agyapong was not chased out of the palace contrary to some reports.

“He left without anyone running after him soon after we told him that his presence and homage were unsolicited,” the spokesman added.

Graphic Online observed how Mr Agyapong left the palace peacefully into a waiting vehicle after waving a section of the crowd goodbye.

This year’s yam festival of the Chiefs and people of Asogli State is being climaxed this weekend under the distinguished patronage of Togbe Afede XIV.

The festival started on August 6, 2022 and is expected to end on Sunday, September 11.

The one-month festival seeks to highlight unity, reconciliation, stocktaking and development and is also a platform for the annual re-union with the ancestors and the re-affirmation of allegiance by all chiefs and their subjects in the Asogli State to the Agbogbome Stool.

There was a sitting in State at the Asogli State Palace Forecourt on Friday.

Mr Kennedy Agyapong was there in person in Ho on Friday to pay homage.

He sent along a gift as part of the homage and it was rejected at the durbar ground.

Some sub chiefs, serving as intermediaries to receive the gift on behalf of Togbe Afede rejected it and asked him to take it away.

Their reason was that, Mr Agyapong has been speaking negatively and using unkind words on Togbe Afede.

A video depicting Mr Agyapong on the durbar grounds have some voices in the background shouting “away”.

The gift including cartons of bottled water, were packed back into a vehicle that brought them. 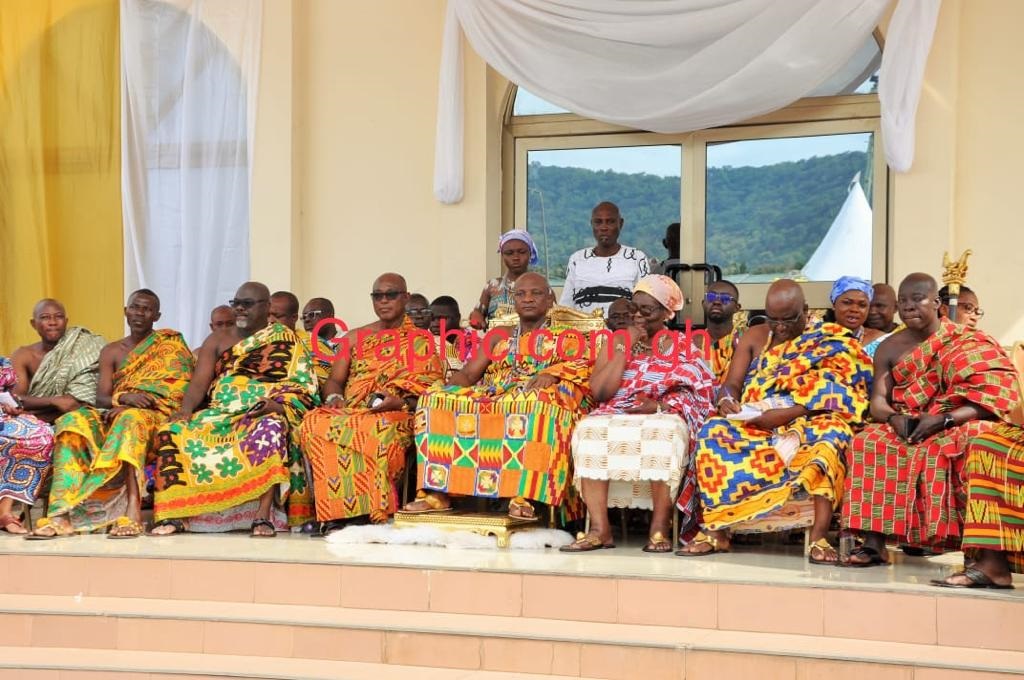 It was only the gift that was rejected, he said.

A State Grand Durbar at the Jubilee Park in Ho has been scheduled for Saturday, September 10, 2022.