The National Chairman of the National Democratic Congress (NDC), Johnson Asiedu Nketia, has couched an identity for himself with the symbolic smocks he wears at virtually every major party event.

Among the numerous smocks he wears, there’s one particular smock he is noted for donning for some of these events.

The smock is a black one with party colours, which also contains emblems.

Speaking in an interview, he revealed that he often appears in this symbolic smock whenever there is a battle. 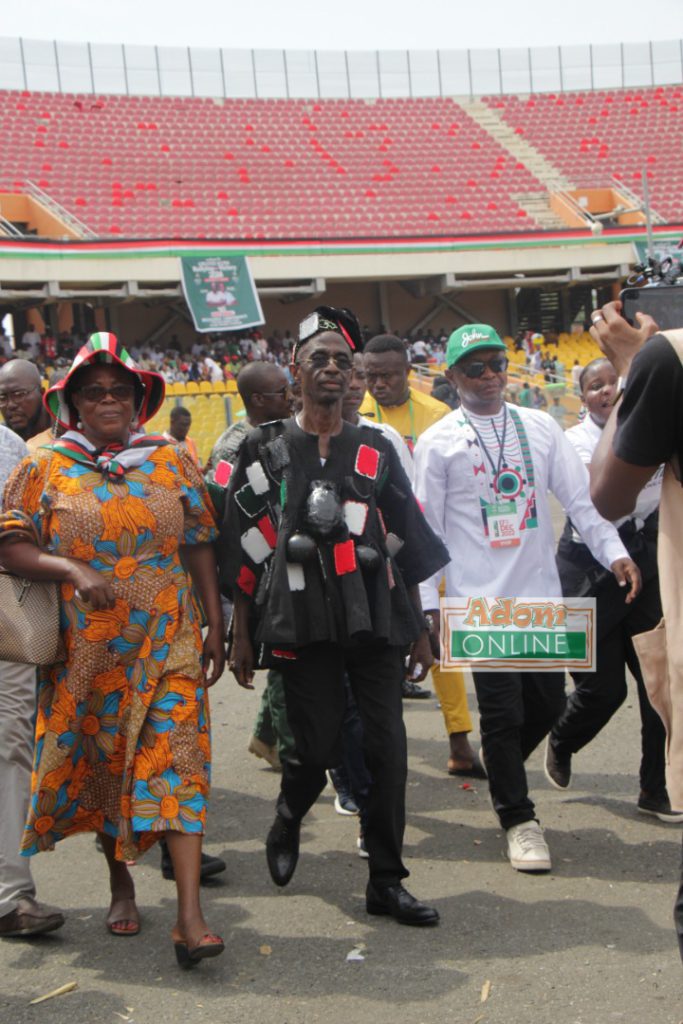 He explained at the National Delegates Congress, he chose to wear his symbolic smock to indicate his readiness for the battle – elections.

“I wear this type of costume occasionally, when the occasion demands. It is our traditional war battle dress, so when you are going into battle you wear it and you know I’m referred to as the General of NDC for a good reason because people think that whenever there is crisis, I am the one who is called upon to take the lead. Traditionally this is the regalia of a war general and so on occasions like this is the dress…,” he said.

Mr Nketia has been elected National Chairman of the National Democratic Congress.