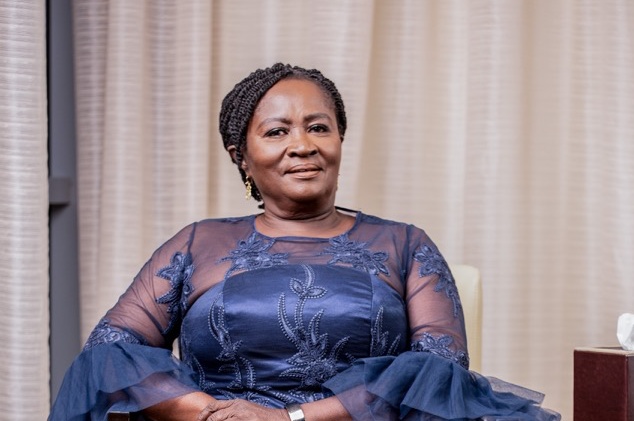 When we said we will review policies, they said we’ll cancel it, we await their definition of ‘Review’ – Prof Naana Opoku-Agyeman

The 2020 Running Mate of the opposition National Democratic Congress (NDC), Professor Naana Jane Opoku-Agyemang has said that she is waiting with bated breath for the definition of ‘review’ as would be applied to government’s flagship programmes.

She said it will be good to know how government would review the Senior High School programme.

“When we said ‘review’ others said we were going to cancel. Today, we are waiting for the definition of review from the ‘Black Dictionary’ since that is the source that they use for many things,” she said at the launch of TEIN App on Monday.

Earlier on the same day, the Information Minister, Kojo Oppong-Nkrumah revealed that all 16 flagship programmes of government will soon be reviewed to ensure their objectives are well achieved.

According to him, it is one of the decisions taken during the three-day cabinet retreat at the Peduase Lodge in the Eastern Region to mitigate the economic difficulties in the country.

Professor Naana Jane Opoku-Agyemang, however could not comprehend why the same people who alleged that former President John Mahama meant ‘cancel’ when he used the word ‘review’ want to do what they once criticised.

Ghana’s economical numbers have not been at their best in recent times.

The cedi is depreciating in relation to the dominant currencies at a fast pace. Similarly, there has been a hike in fuel prices with a litre of diesel selling at GH¢10.

Many economists have expressed worry that the country’s economy is on the verge of collapse if proper interventions are not implemented as soon as possible.

In view of this, President Akufo-Addo chaired a crunch cabinet meeting last weekend to find solutions to the raging economic challenges.

Subsequently, it was revealed that the Finance Minister, Ken Ofori-Atta is scheduled to appear before Parliament on Thursday, March 24, to address Ghanaians on measures instituted by government to resolve the current economic challenges in the country.

You won’t past the next 7 days – Kanayo O. Kanayo tells person who posted news of his ‘death’