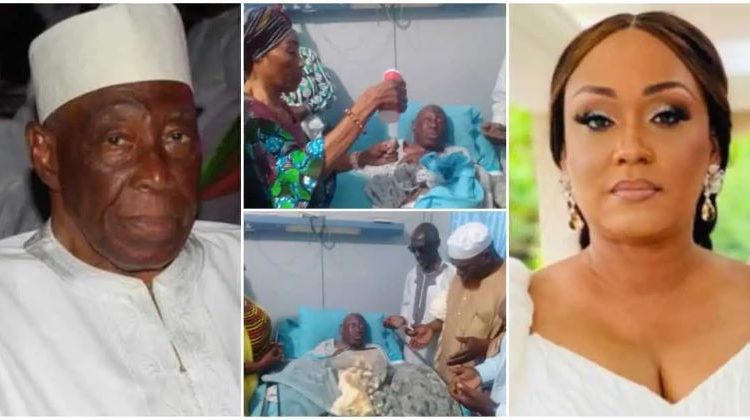 Business Mogul and one of Ghana’s first multimillionaires Alhaji Asumah Banda has through his lawyers reacted to the divorce petition filed by his first wife, telling the court that his first wife Cassandra Banda may not wish him well based on his experience with her.

In her writ, Cassandra said her husband has “run away from their marital home” among other grounds for which she wanted the marriage dissolved with settlement for her.

In a reply to the petition through his lawyers sighted by MyNewsGh.com, Alhaji Banda revealed on or somewhere in 2015 thereabout, he had a bathroom accident.

Alhaji Asumah Banda revealed he slipped and fell down hard in a bathroom while staying with Cassandra in their marital home.

The lawyers’ for Alhaji Banda alleged that Cassandra who was just nearby and witnessed the accident refused to [or was unable to] immediately rush to the aid of their client.

According to the lawyers, Cassandra was rather “peeping” through the bathroom glass enclosures to see if their client “Alhaji Banda was moving or immobile”.

Court records allege that Cassandra after waiting several minutes and seeing no movement came to the bathroom to “kick” their client. Lawyers believe the reason for the said action was confirm “if our client was dead or alive”.

It was only after she realized that Alhaji Banda was still breathing and alive that she called for help for Alhaji Banda to be given the necessary medical assistance. MyNewsGh.com learnt.

Upon Alhaji’s partial recovery, Court records indicate Alhaji opted to no longer stay with Cassandra Banda but instead with his second wife Edwina Baaba Coussey Banda with whom Alhaji had separated from between 2006 to 2015 over her alleged infidelity.

Alhaji Asumah Banda has since then lived with Edwina Baaba Coussey Banda, his second wife whose marriage to Alhaji the first wife Cassandra says she does not recognize.

Cassandra Banda who had 5 children with Alhaji Asumah Banda as against Edwina Baaba’s 2 children wants the court to grant her more than 60% of assets and properties acquired during the pendency of their marriage.

According to Cassandra, Alhaji was legally married to her in a London jurisdiction in 1974 before he met and married Edwina Baaba in Accra hence his second marriage is legally void.

Cassandra Banda further accuses Edwina of being one of Alhaji’s “numerous philandering partners” whom he chose to “marry”.