As a messaging service, WhatsApp isn’t just about sending or receiving texts. There are many other means of communication and the most widely used is undoubtedly the sending of audio messages.

These allow you to send a larger volume of information and are more natural. This is a simple process, but with some limitations, which WhatsApp is now trying to improve. For this, it created a new feature that will soon make it much easier to create voicemail messages.

WhatsApp has been improving its interface dedicated to voice messages for some time now. These have evolved, both in the part dedicated to their creation and their reception. This work is in progress and will soon bear important fruits.

The tests are carried out in a controlled manner and internal to the service, but it was possible to activate and see the new features that have been created. This news arrive via the WABetaInfo site, which now shows us the latest news and which will soon be made public. 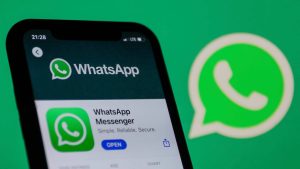 From what has been discovered, and is in the latest test version of WhatsApp for iOS, it will soon be possible to pause the recording of voicemail messages. This avoids having to record new messages every time you need to stop in the middle of this process.

When stopping recording, the user sees the icon revert to a microphone image. By clicking again, the user can continue to dictate his voice message, in order to finally be able to send it to his contact.

Users will be able to listen to the voicemail messages they have created before sending them and thus find any errors or faults they find.

This feature is still far from being a reality. WhatsApp will soon be promoting the entire new voicemail interface for a trial version, both on iOS and Android, where it is not yet present. This will be great news and extremely useful for users.

WhatsApp regularly changes various sections of its messaging app to provide advanced features. Changes are made across all platforms, including Android, iOS, the standalone WhatsApp Business app, and so on.

Recently, information has emerged about a new design for the profile information page for business users. This new design is in the testing phase and is not yet available to beta testers.

A similar design is being prepared for Android users as well. The profile picture is now round instead of square. In addition, there will be two new contact buttons for voice and video calls. There may be other changes, but they have not been disclosed yet.