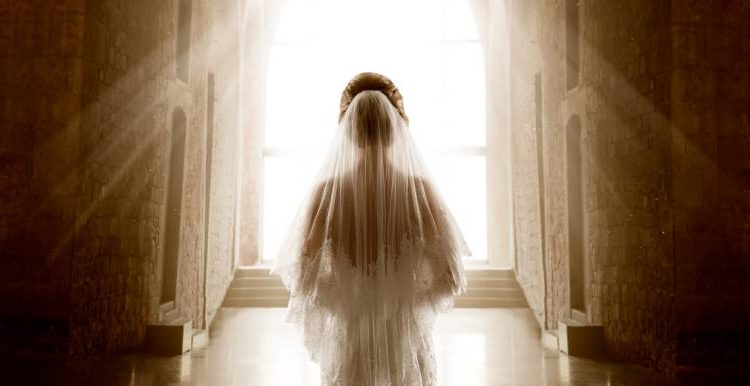 When I was a kid, my mother and I joined a very large “non-denominational” Christian Church, one of the earliest versions of the Mega Churches that exist today. It was a very happy place. I was in the children’s choir, the community was lovely, and we sang from a songbook with drawings of long-haired hippies.

Everything was great until politics began to creep in and the church began hosting speakers like Jerry Falwell, the ultraconservative pastor, and political pundit. My liberal feminist mother couldn’t take it and we switched to a progressive Methodist church instead, a return to her childhood religious roots.

While I don’t feel like I had a particularly religious upbringing, I clearly did. As an adult, I’d place my hand on the outside of the plane while boarding and pray that the “sacred blood of our Lord Jesus Christ” would protect the plane and passengers – and I believed with my whole heart that it would work (since I haven’t been involved in a plane crash, I guess it did).

Eventually, I stopped being a Christian. I flirted with Tarot Cards and Paganism. I dumped the idea of a male God and instead prayed to the pagan concept of the Goddess for years. I abandoned all thoughts of God in my twenties until it became clear that I needed to be sober.

Recovery meetings are spiritual (not religious) and at that point, I settled on a God-centric but non-Christian spirituality that worked perfectly for me. Then some bad things happened in my life – infertility and third-trimester pregnancy loss – and God and I broke up for a while. But in my grief I found myself drifting into another liberal Methodist Church, and I found solace there for many years.

This was a tough time for my husband. He grew up without much religious exposure, although his father was a “spiritual seeker,” dabbling in everything before returning to the Catholic Church. When we got sober my husband tried to find a spirituality that he could accept, but today he’s quite happily a staunch agnostic or, as he calls himself, “aspiritual.”

Throughout our twenty-two-year relationship, he’s viewed most of my spiritual explorations kindly, supporting me as much as he could. But when I returned to my childhood church, he struggled – just like I struggled when he gave up all attempts at spirituality around the same time. But we made it work.

How do we do this? By following two key strategies:

1. His Spirituality Is None of My Business.

Yes, you hear that right. My husband’s spirituality is absolutely not my concern. My job is not to convert him to a believer and his job is to leave my beliefs alone and not mock me for having them (the not mocking part is important).

Yes, that term was created by Dan Savage and is meant to tackle sexual turn-ons in relationships (if your partner is into something you’re not, you should still try to be good, giving, and game even if you don’t want to do that particular act every time), but it also works well with most relationship challenges.

Ultimately, being married to an atheist as a believer is just like being married to someone that loves football when you can’t stand the sport; you tolerate the differences because that is what couples do.

It can be the hardest at Christmas, particularly since my daughter has chosen my husband’s “side” in the spirituality debate, thanks to her deeply alternative school (full of anarchist vegans atheists) even though she came to church with me extensively when she was little (we let her chose her spiritual stance without judgment; we’re THOSE parents).

This causes a lot of changing channels between the two competing radio stations that play holiday music when we’re all in the car. I love the classic hymns but they’d rather hear the song from The Grinch.

After 22 years together, we know the best way to make our relationship work — whether we’re talking about religion, television shows, or even what we like to eat — is to understand that we do not have to agree.

This can seem counterintuitive to the concept of mutual interests being what draws most couples together, obviously. But it is learning to love the differences that have made us stronger as a couple.

Now you’ll have to excuse me, I need to go blast the Mormon Tabernacle Choir in my office.