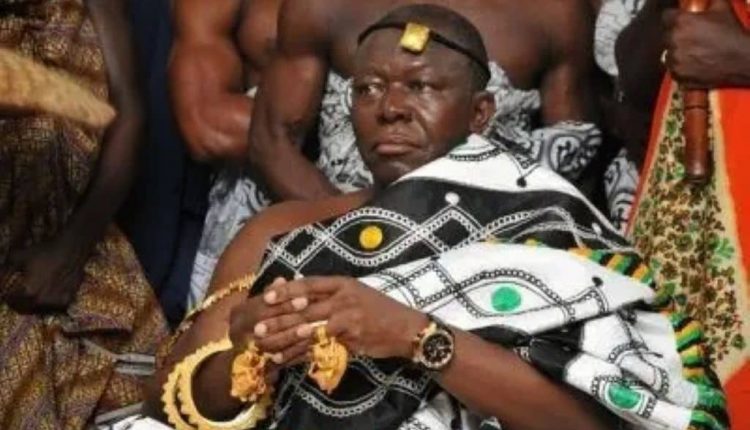 We’re not obstructing gov’t; ask them to do the right thing – Minority to Otumfuo

The Minority in Parliament has challenged claims by the Asantehene Otumfuo Osei Tutu II that rejection of the E-Levy amounts to frustrating government policy.

The Asantehene on Sunday at his gala night in Kumasi urged MPs not to dictate to government but rather allow electorate to pass judgment at the polls.

“We elect people to represent us to make sure there is some equilibrium in what governments do. It is to our good that our representatives in Parliament subject the national budget to the most rigorous scrutiny and to call for changes.”

“Government must also have the humility to acknowledge and embrace the useful inputs from all sources, but our representatives need to bear in mind that it is not their role to either determine policy or to frustrate the executive from performing their legitimate duties,” the Otumfuo said.

But speaking to the media, Minority chief whip Muntaka Mubarak argued rejection of the E-Levy does not amount to frustrating government.

According to the Asawase MP, the move by the NDC MPs is rather to safeguard the interest of the public.

“All over the world, oversight is done by the minority and we are just doing our work. We don’t intend to frustrate government, we don’t to obstruct government business, we will not stand in the way of government trying to do what is right.

“We cannot just leave our role in the House and wait for the next election. It is the reason a budget is brought here, it is the reason four state of the nation addresses are read within the four year tenure. We can assure his majesty and all the pastors and imams that as Minority we are not here to obstruct government business. Encourage government to do what is right,” he said.

Muntaka also revealed ministers are unable to account fully for their 2021 allocations.

For instance he cites a ministry which is struggling to justify spending about 1 billion cedis on conferences in spite of COVID-19 restrictions on physical gathering.

‘MPs can scrutinize a budget, but can’t determine or frustrate gov’t policy’ – Asantehene

“MPs who exercised their oversight mandate in the past were hailed as nationalists, those who do now must be cast in different light” – Ablakwa