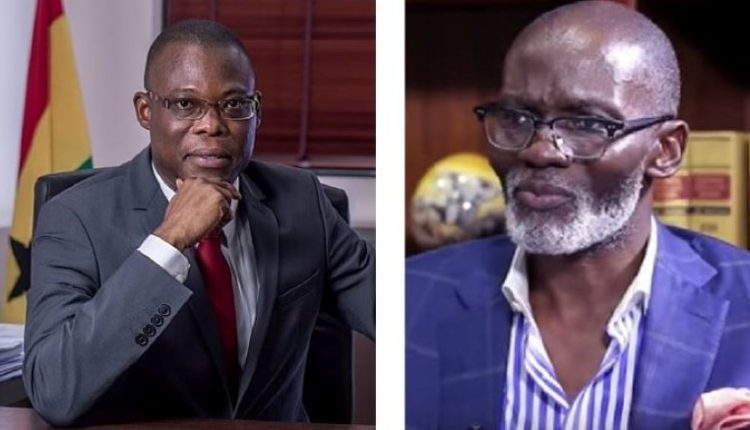 The General Secretary of the National Democratic Congress (NDC), Fifi Kwetey, says the cousin of President Nana Addo Dankwa Akufo-Addo and New Patriotic Party (NPP) stalwart, Gabby Asare Otchere-Darko is concerned the new executives of the NDC will expose the corruption and incompetence of the governing party.

Mr Otchere-Darko in the aftermath of the NDC congress on Sunday described the new executives as “accomplished propagandists”.

Congratulations to the NDC and their new national officers! Aseidu Nketia is now the Chairman-General (apologies to Kwami!) What is clear is that Ghana’s opposition party has settled on a solid team of accomplished propagandists in all departments. The strategy for 2024 is set. pic.twitter.com/7iDNVgEueZ

Responding to the comment on the Point of View on Citi TV on Monday, the former propaganda secretary of the NDC said Mr Otchere-Darko is only worried that their days of deceiving Ghanaians are over.

He said the NDC will in the coming days expose the president and the various corruption scandals in his government in the last six years.

“They have a team led by his cousin who is nothing but the embodiment of degeneration and corruption, I think that he is worried that this team is coming to absolutely expose big-time the total moral collapse that we see in our country, collapse not only in the economy but the leadership of this country… So clearly I can see why Gabby will be quaking because what is coming they better get ready,” Mr Kwetey told sit-in host Selorm Adonoo.

He also urged the ruling government to desist from making excuses for the current economic crisis.

“Look at where they have taken our debt to. Have they fixed dumsor? Countries have faced COVID-19 but do they not have a stronger economy? So what is this excuse about COVID-19? Have they faced the Single Spine Salary that we had to face? These are plain excuses by a bunch of toxic and incompetent people who are corrupt to the core. That is what we have”.