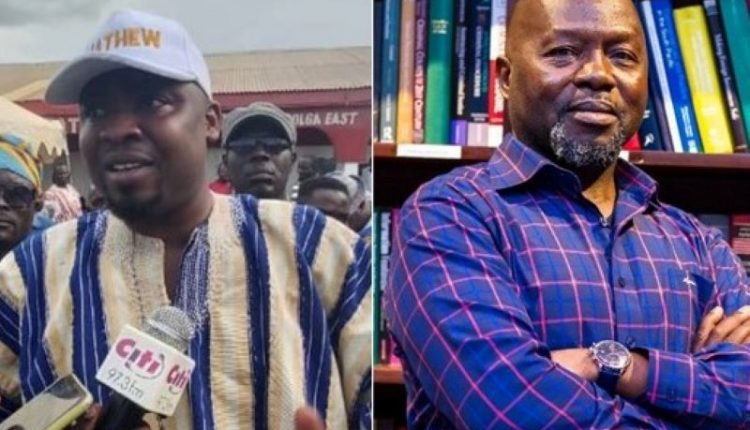 An aspiring parliamentary candidate on the ticket of the New Patriotic Party (NPP) in the Bolgatanga East Constituency, Mathew Amoah says his party will surely break the eight and unseat the incumbent NDC Member of Parliament for the area, Dr. Dominic Ayine.

“We are telling the NDC to sit up because we will give them a run for their money. If they have become rocks, the boys are in, and the party is back. They (NDC) normally ride on us based on divisions, they will cause problems and we fight among ourselves but we remain united and there is no more camp A or B. We have one camp which is the NPP. They should get ready for us. In 2024 the NPP will give them a chase for their money,” he said.

He said this when he provided 16 registered motorbikes to all electoral areas of the constituency.

He said the gesture is to assist the party to communicate its achievements at the constituency and national level and canvass votes to retain the NPP government and get an NPP MP elected for the area in the 2024 general elections.

Speaking at the ceremony at the party’s office in Zuarungu, Mr. Amoah, said, the NPP was ever united to fulfil the mission.

Mr. Amoah recounted the achievements of the NPP government through its pro-poor policies and the on-going construction of an agenda 111 hospital at Katanga as basis for Ghanaians to renew the mandate of the NPP in 2024.

He reiterated that, the motorbikes will ameliorate the plight of members in the execution of party work and significantly contribute to engaging the citizens of the constituency on government’s projects and programmes.

Mr. Amoah, promised that, his outfit will further support the constituency with more logistics and funds for an effective operation and campaign to win the 2024 elections.

Bolga East NPP Constituency Chairman, Asumbekere Karim Anagbila assured that the party was united and preparing assiduously to break the eight and stop the 12 years of the incumbent NDC MP.

He was confident that the motorbikes to facilitate the party’s activities towards victory in the 2024 elections.

Mr. Anagbila was optimistic of the party’s readiness to win power in 2024 but appealed for resources to execute the herculean task.

Some electoral coordinators commended Mr. Anagbila for his support towards the party’s quest to victory and admonished other well-to-do members of the party to emulate same.