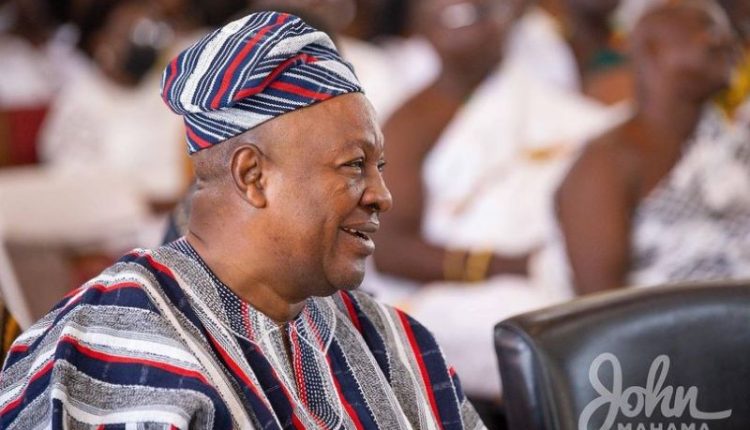 We must work together, fully committed to Victory 2024 – Mahama

Former President John Dramani Mahama has charged the rank and file of the National Democratic Congress (NDC) to eschew any attitude that will scuttle the resolve of the party to reclaim power from the New Patriotic Party (NPP) in 2024.

He said a united front must be built at all levels of the party in order to win the 2024 elections.

The former president made this call on Thursday, December 22 after a meeting with Yaw Brogya Genfi, who recently lost the National Youth Organiser elections to incumbent George Opare Addo.

However, the re-elected National Youth Organiser of the NDC was sworn in Sunday morning at the Accra Sports Stadium together with other winners from the 10th National Delegates Congress of the party.

“I have had a meeting with Comrade Brogya Genfi following his decision to seek redress in court, and the outcome of our successful discussion is the decision to withdraw the case from court,” Mr Mahama wrote on Facebook.

It was after this “most encouraging” discussion that he charged the party to unite for victory in 2024.

“We must work together, fully committed to Victory 2024, and the discussion with comrade Genfi was most encouraging.

“We must focus on building a united front at all levels of the party, and this is a great beginning.”

Additional holiday for Ghanaians on Tuesday