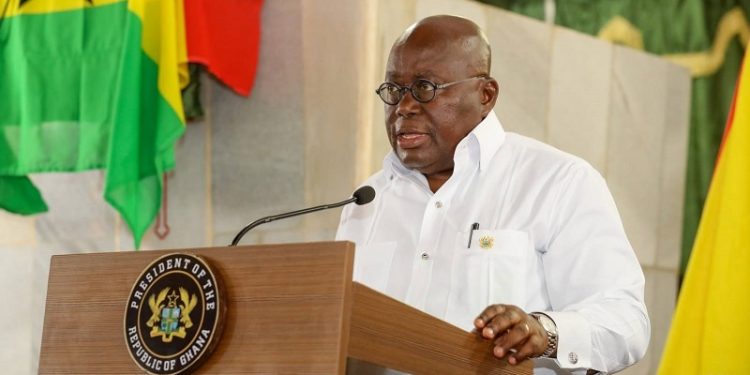 President Nana Ado Dankwa Akufo-Addo believes majority of Ghanaians are opposed to the idea of generating revenue through taxation.

Speaking at Ghana’s 65th Independence Day Anniversary held in Cape Coast, Central Region, the President said many Ghanaians are averse to taxation, although it holds the prospect of reducing Ghana’s dependence on foreign aid.

“There is one matter of overriding significance, which we can no longer ignore: that is the pressing need to increase, drastically, our domestic resource mobilisation and reduce and eliminate our dependence on foreign savings. However, not everyone is ready to take the next step to the recognition that accelerated national development can best take place with a considerable increase in revenue mobilisation.”

“And very few will then take the next further step to accept that revenue mobilisation will happen principally through taxation in our society.  We have, unfortunately, not yet reached the stage of universal acceptance of taxation as a matter of public good”, the President said.

Citing examples to support his claim, the President said high-growth economies of Hong Kong, Taiwan, Singapore and South Korea had financed their development through taxation.

“Less than 10 percent of the Ghanaian population, i.e., 2.4 million people, carry the direct tax burden of 30.8 million people. The Asian Tigers, who we envy and want to emulate, financed their rapid development from their own savings,” the President said.

He indicated that “Ghana’s tax-to-GDP ratio of 12.2 percent compares unfavourably with our peers the world over.”

President Nana Akufo-Addo’s advocacy for payment of taxes comes in the wake of a debate on e-levy, a new tax measure announced by the government in the 2022 Budget on basic transactions related to digital payments and electronic platform transactions.

The e-levy will ensure that a charge of 1.75% is applied to electronic transactions that are more than GH¢100 on a daily basis.

The approval of the e-levy by Parliament has been fraught with many challenges, with the minority kicking against it.

The government has indicated that it will withdraw the bill from Parliament, make some amendments, and relay it.