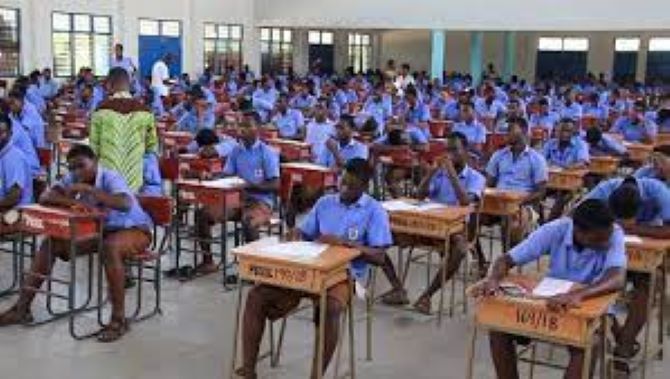 The headmistress of Benso Senior High Technical School, Helen Ama Bogobley has been accused of ordering 207 WASSCE candidates to pay GHC200 cedis each as transportation fees to convey exam papers.

Reports gathered indicate that parents and the Education Directorate are not aware of the decision for students to pay transport fares for papers from the regional education office in Sekondi to Benso in the Tarkwa Nsuaem municipality.

Speaking to Empire News, the assembly member of the Benso electoral area who is also a member of the school management Committee (SMC) Hon Justin Afful confirmed the development.

“The headmistress is saying that there is no car in the school hence the money will be used to convey the papers from Sekondi to Benso.”

He noted that truly all official three school vehicles are faulty and have been grounded for about two years now.

The Assembly Member stated that some of the students have reported to him about making such payments.

“I don’t know the number of students that have paid now but I can confirm about three who have approached me that they have paid the money,” Mr. Afful explained.

According to him, he cannot fathom why the headmistress took such a decision without the knowledge of other stakeholders.

“Last year the assembly knew the school did not have a car. So we devoted a pickup vehicle to transport the papers every day which was fuelled by the assembly. So I don’t know what happened this year for such a decision,” he narrated.

Meanwhile, the Municipal Education Director, Edmund Aggrey Forson and a team from the directorate have visited the school to investigate the matter.