Earlier this week, Vivo teased its upcoming foldable smartphone called, the Vivo X Fold+. Now, the brand has finally confirmed the launch date of the device.

First spotted by TechGoing, the official poster reveals that the Vivo X Fold+ will be launching on September 26th at 7 PM in China. It is currently unclear if the device will make it to markets outside of China.

The poster reveals the design of the smartphone. The device looks exactly the same as the Vivo X Fold, which launched earlier this year. If not for the new colorways, it would’ve been quite difficult to tell the two apart. Talking about the colors, the new X Fold+ will come in red and blue color options with a leather finish.

The X Fold+ is confirmed to feature a Snapdragon 8+ Gen 1 chipset. This is likely the only major upgrade that the device will receive over the X Fold, which has the Snapdragon 8 Gen 1 chipset. It will also have a 4,730mAh battery with 80W of wired charging and 50W of wireless charging. Other specs of the device are rumored to be the same as the previous model. 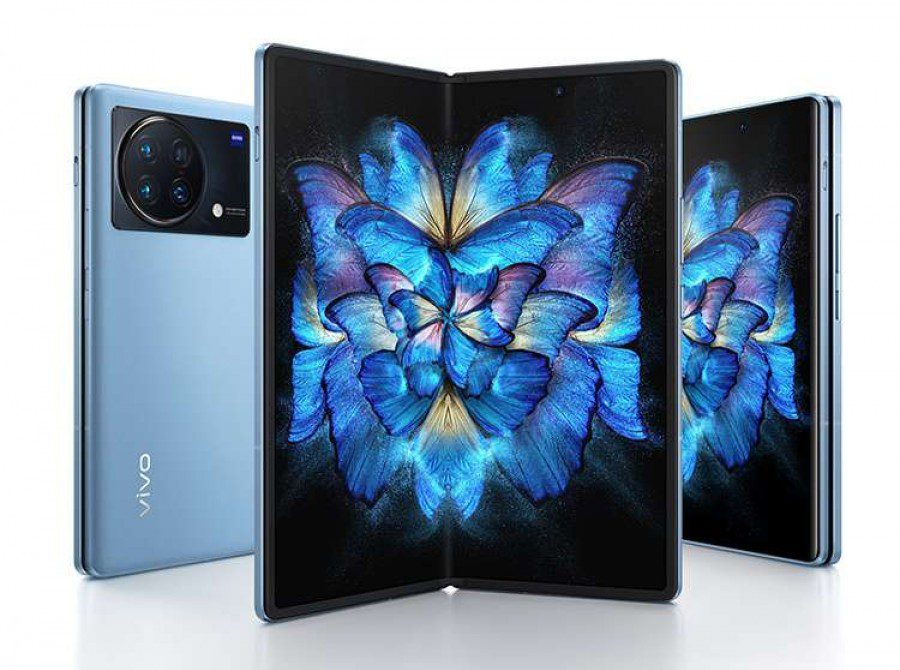 So, we can expect the device to have an 8.03-inch foldable display and a 6.53-inch cover screen. Both of these panels will offer a 120Hz refresh rate. As for RAM and storage, the device is said to come in two configurations – 12 GB RAM + 256 GB storage and 12 GB RAM + 512 GB storage. Lastly, we will likely get a 50-megapixel quad camera on the back and a 16-megapixel front-facing camera.