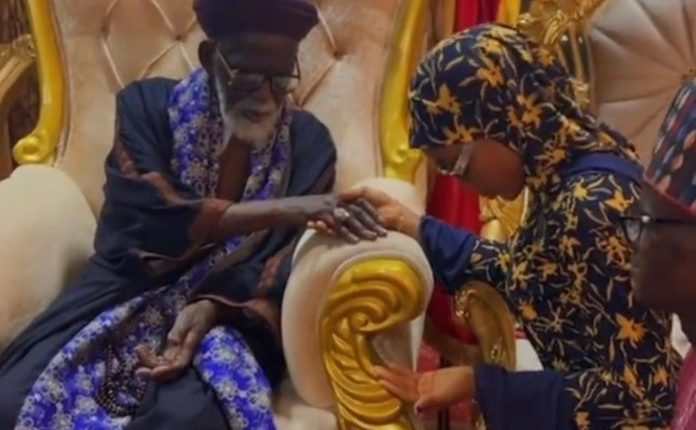 Now known as Haniya, Poloo paid a special visit to the Chief Imam to solicit for blessings and words of encouragement as she embarks on the journey to Islam.

The actress fully clad in the religious regalia was introduced to the elder by some Islamic leaders.

Among other things, the Chief Imam prayed for Poloo to be blessed with the best husband who would guide her in the religion.

“Did you hear that he said May Allah bless me with the best husband and I’m blessed oo,” an excited Poloo stated as she responded to the prayers with a loud Amen.

The prayer is in line with Poloo’s personal desire of marrying a financially stable Muslim man.

In a recent interview, she remarked that she would only marry a Muslim man, adding that she does not mind being a third or fourth wife.

Watch video of her meeting with Chief Imam below:

Lack of funds for food: Gov’t being insensitive towards students – CHASS