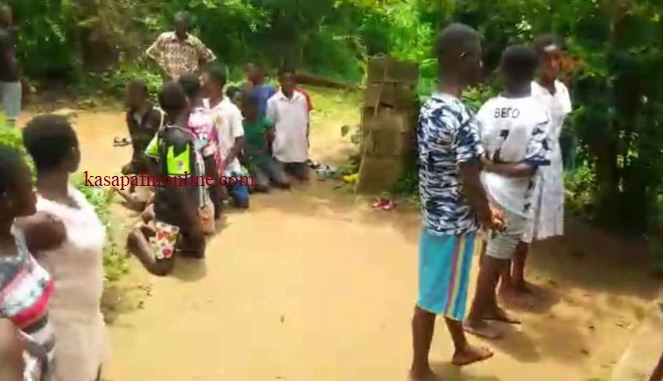 Chiefs and Elders of Akwasiho in the Kwahu East District of the Eastern Region have officially poured libation to cleanse students over curses invoked on them by their classmate who was teased for failing her exams.

The information available to Agoo News indicates that a J.H.S 2 pupil (name withheld) of Akwasiho R/C basic school cursed her colleagues for teasing her after she scored 2%, the lowest mark during the class exam.

The class of 36 students was in total fear and panic after some of them started falling sick which they suspect to be the curse invoked on them by their classmates.

After the news reached the Chiefs and elders they without hesitating sanctioned the parents of the cursor and charged them for the needed libation to be performed. 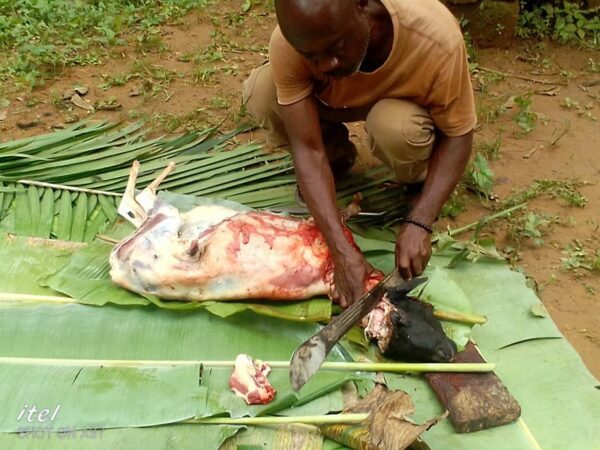 The rites were performed at the Pra shrine yesterday Wednesday 24th August 2022 at Akwasiho after the parents of the student mobilized the expected money and items.

The rites were performed by the Pra Priest at Akwasiho in the presence of some elders, parents, students, and residents of the community.

The Pra priest who doubles as the Gyaasehene of Akwasiho, Nana Odum Gyan Agyekum speaking to the media advised residents to desist from their attitude of rampantly cursing their fellows in times of misunderstanding.