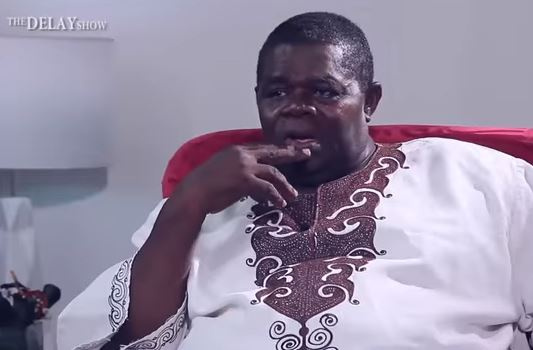 “Taxi Driver” series star actor, Psalm Adjeteyfio is appealing to Ghanaians to help him pay his rent as he is on the brink of becoming homeless. The veteran actor says he has become a charity case living on the benevolence of good people as he does not have a job.

“I don’t do anything. I have become a charity case. Right now, immediately, we need Ghc3,000 cedis. That would cover six months advance payment. So please, if you get something and you wanna give me, the number is 0559234834,” Mr. Adjeteyfio begged during an interview with Step 1 TV.

Psalm Adjetefio became a household name when he featured as T.T in the “Taxi Driver” series alongside Mikki Osei Berko (Master Richard, and George Quaye (Aboagye). Taxi Driver was a popular TV series in the late 90s to early 2000s.

He is a trained teacher and a former Ga language teacher at the PRESEC staff school.

He recently bounced back on his feet after battling a critical heart disease for years.