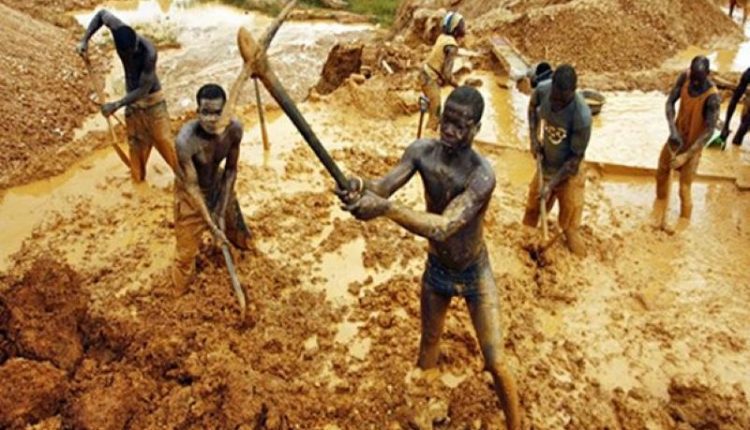 The Odikro of Akwaboa in Kwahu West Municipality of Eastern Region Nana Kofi Osei has been arrested over his alleged involvement in illegal mining.

He was arrested on a mining site together with three other retired military men who were providing security service for him at ‘Nkwaakwaasem’ in Kwahu East District. 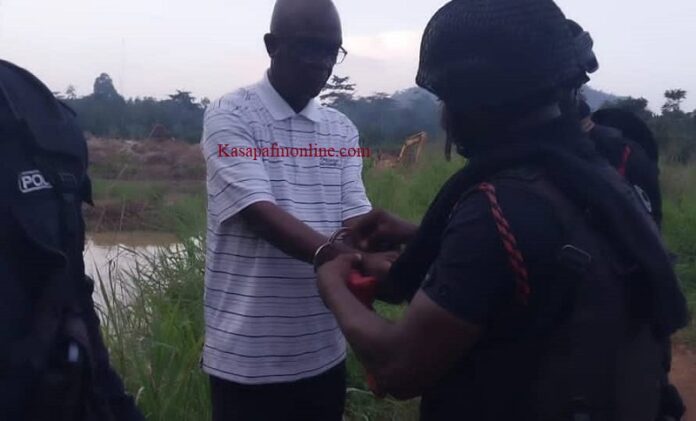 He was arrested on a galamsey site Thursday evening around 5:10 pm by Police and Military men during a joint operation by the Kwahu South Municipal and Kwahu East District Assemblies.

The Municipal and District Chiefs Executives Emmanuel Attah Ofori Snr and Isaac Agyapong who led the operation with the security men were highly disappointed over the illegal mining activity in the area.

This follows a report filed by EIB Network’s Agoo FM that River-Pra which serves as the only source of water for residents in Kwahu Praso and its surrounding communities has been destroyed by illegal miners.

Upon the arrival of the security team, the miners managed to escape from the site and the security men set their items on fire.

The Chief and his entourage later visited the site and declared ownership of the concession.

The MDCE’s ordered their arrest and sent them to Nkwatia Police Station for the necessary investigation to take place.

Google Messages Will Soon Begin To Work Like WhatsApp