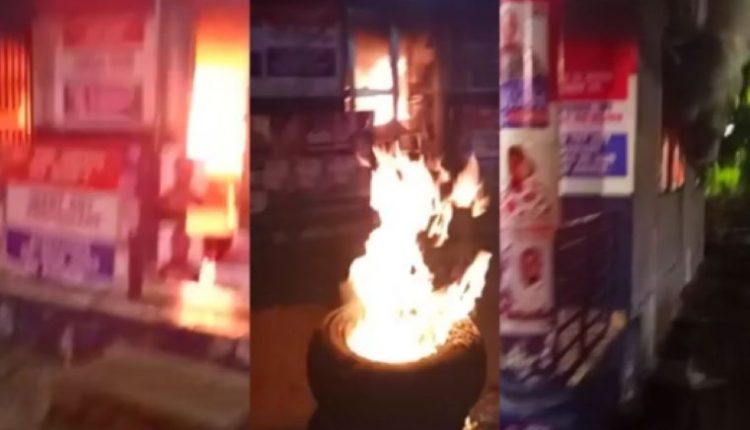 Some disgruntled supporters of the New Patriotic Party (NPP) in the Aowin Constituency of the Western North Region have set the party’s office on fire over a decision by the National Executive Council (NEC) to have the recent elections run again.

Their agitations follow attempts by the Council to conduct the constituency elections again due to alleged irregularities that characterised the process.

But the supporters, who are unhappy about the decision, say they will resist any attempt for the elections to be reorganised.

The NPP’s constituency elections turned chaotic in some parts of the country as party members threatened to halt the process.

One of the notable spots was the Okaikoi South Constituency in the Greater Accra Region where over 413 names were alleged to have been deleted from the register.

The aggrieved delegates added that people from other constituencies were rather included in the register to partake in the exercise.

They also alleged that some members of the National Democratic Congress (NDC) were added to increase the fortunes of some aspirants.

In a related development, the election was suspended in the Yendi constituency of the Northern Region due to confusion over which album to use in conducting the elections.

The matter was referred to the Party’s steering committee to be discussed for a new date to be announced.

Meanwhile, delegates of the Party expressed disappointment over the development.

They also accused some top officials in the Party of manipulating the electoral process to favour their candidates.

Accra Floods: People should learn how to swim – Cwesi Oteng