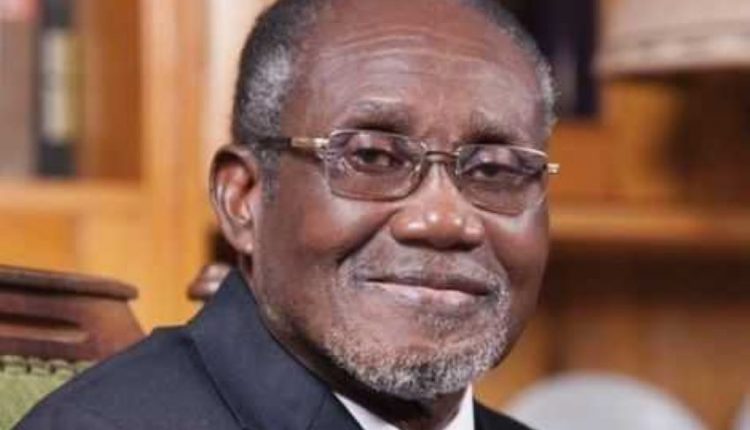 A former Attorney-General and Minister of Justice, Dr. Obed Asamoah, has suggested that the security should not be arresting people for allegedly making comments about coup or threatening coup d’etat merely by word of mouth.

In his view, a person should be arrested over threats of a coup if there is ample evidence that the person intends to and has already taken some steps or actions towards the execution of the coup.

Speaking on Eyewitness News on Wednesday, Dr. Obed Asamoah said he believes comments about possible coup d’etats are borne out of excitement and do not necessarily mean there is an intention to carry it out.

“There is a difference between speech and action. [If I were the Attorney General] I will take action only when there is evidence of preparation to carry out a coup. If somebody is only talking, I will just take it to be over-excitement. I won’t go arresting people for that,” he said.

Some analysts have warned that the worsening economic situation in the country may make it vulnerable for a forceful takeover of government.

Recently, the Dean of the University of Ghana School of Law, Prof. Raymond Atuguba, expressed his fear that Ghana may have a coup on its hands if urgent action is not taken by the state.

“We do not want a coup in this country. Yet I fear that if we do not act quickly, we may have one in our hands very soon,” he said while delivering a lecture in Accra.

There are two different trials ongoing against persons charged with treason-related offences.

A section of the public had suggested that talks about coup d’etats must be taken seriously and dealt with, while others have indicated their fear that it may be imminent.

Dr. Obed Asamoah said calls for coups are in no way justified, as the implications are dire and do more harm than good.

“I know they [Coup plotters] think that they want to help the underprivileged but they don’t know what really happened [previously]. They haven’t had experiences of a coup d’état. In the confusion of the coup, one of the things that happen is, individual soldiers, take vengeance on people. They harass people because they have had some issues with those individuals, and that is not helpful,” he cautioned.