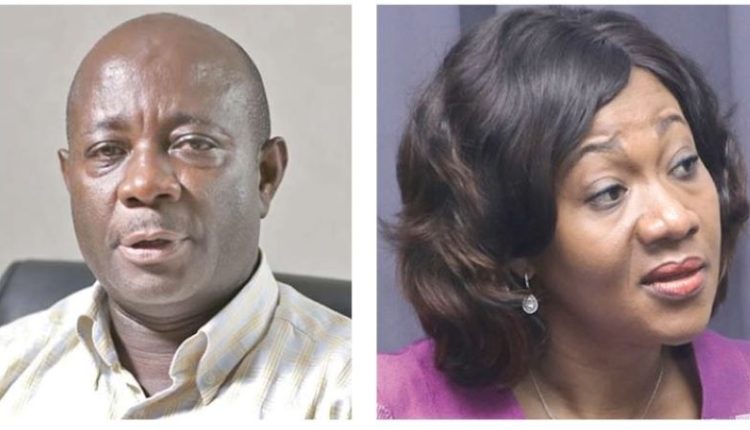 The Founder and Leader of the United Progressive Party (UPP) Akwasi Addai Odike says his party will be operational once again when the Chairperson of the Electoral Commission (EC), Jean Mensah leaves office after the defeat of the ruling New Patriotic Party (NPP) in the 2024 election.

According to him, Jean Mensah whom he accuses of doing the NPP’s bidding unfairly revoked his party’s license because he’s a known critic of the ruling party.

The EC last week announced the termination of the registration certificates of 17 political parties.

In an advertiser’s announcement in the national dailies, the EC explained that the parties have failed to establish national and regional offices in the country.

But speaking on Kasapa 102.5FM/Agoo TV Tuesday, Akwasi Addai Odike indicated that he will contest the 2024 Presidential election as an Independent Candidate.

According to him, he will not let the unfair revocation of his party’s operating lincence by the Electoral Commission stop him from contesting the election, as he has good policies and programs to move Ghana forward should he be elected as next President.

“The EC Chairperson purposed in her heart that she’ll not allow me to contest the 2024 election, but the law allows me to contest as an independent candidate and that’s what I’ll do. The EC boss has revoked my party’s license but I strongly believe that the next EC boss who will come will restore my party’s license. This woman will not stay in office beyond 2024 when the NPP loses the election. No party apart from the NPP can work with her because she only does the NPP’s bidding. So, I know she’s knocked us down for only two years, after that UPP will bounce back strongly.”

NDC Elections: It is the NDC’s duty to rescue Ghana – Prof Alabi asserts as he calls for party unity