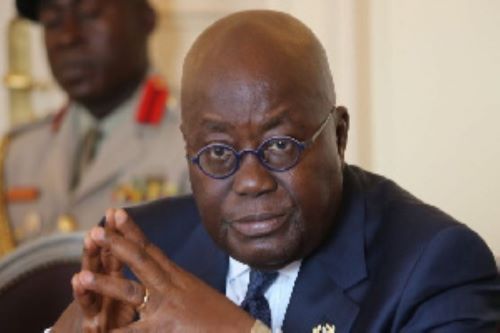 Contrary to government’s claims, damning revelations have surfaced as reasons behind the delay of the initial public offer (IPO) of the controversial Agyapa Royalties deal by government. Even though the government wanted us to believe it was due to the corruption risk assessment being done by the Special Prosecutor, we can authoritatively state that the main reason behind the delay was money laundering by a key government official involving the ferrying of £26million by chartered plane from Ghana to the United Kingdom which the UK government is unravelling!

According to Hon. Inusah Fuseini, Member of Parliament for Tamale North, the UK customs intercepted a huge amount of cash transferred from Ghana on a chartered flight and is requesting documentation covering the cash from the Ghana government.

The government official was caught off guard as the investigation spread its tentacles to the Agyapa processes because of its links to the tax havens in Jersey, a British island.

Martin Amidu’s intervention is, therefore, a well-planned smokescreen to cover up the bigger picture which has caused considerable disgrace to Akufo-Addo and his sakawa boys.

Amidu’s involvement has been questioned on procedural and moral grounds.

In the claim of Hon. Inusah Fuseini, the corruption risk assessment should have been done before parliamentary approval and presidential assent to the deal. This, therefore, indicates that the Special Prosecutor has become a poodle vehicle for the government to hide illegalities and avoid public backlash. It is even more interesting as it appears Amidu is being made to portray to the public that someone is not availing documents to him to expedite action on the assessment.

The identity of the key government official involved in the ‘cash flight’ is not yet disclosed but strong links are pointing to the Minister of Finance, Ken Ofori Atta, who became jittery ever since tremendous opposition to the Agyapa deal emerged from the public. His deep neck participation in the Agyapa deal is very extensive. His bank, Data Bank, was the financial consultant to the whole rotten deal while he himself was the mouthpiece of defending the deal through multiple associated sources including his deputy, Charles Adu Boahen and the de facto Prime Minister of Ghana Gabby Otchere Darko.

The same finance Minister has been named in a sweet-heart deal that enabled dubious payments from his outfit to KRL International which is rendering public relations services to the NPP and Akufo-Addo since 2008.

The international community has increased its surveillance on Ghana because of the proliferation money laundering activities from the country. Earlier this year the European Union blacklisted Ghana as a result of money laundering. Subsequently the ING Bank of Belgium ordered the Ghana Embassy in that country to withdraw all its monies and close all its accounts with the bank. It is believed that the bank detected suspicious activity on the accounts and therefore considered the embassy as a risky customer it cannot continue rendering services to.

We can see the extent to which the mafia NPP government is going to launder money in order to enjoy comfortably when they go into opposition knowing that they are going to lose the December 7 polls.

Their nefarious activities have pushed the country close to HIPC again. We must be wary of these jackals and flush them out because they mean no good for the country.

Read also: Video: News that a gov’t official has been arrested in UK is false – Information Minister