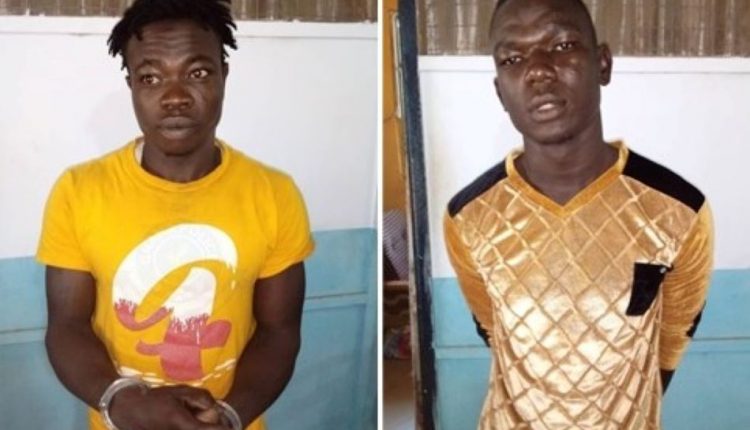 Two suspected armed robbers have been arrested by the Police in Upper West Region with a third suspected shot dead while a fourth suspect is on the run.

A statement released by the Police today, Sunday, October 14, 2021, said the two suspects were arrested for allegedly robbing and injuring two of their victims.

“The suspects, Musdeen Issahaku and Alhassan Musah who were part of a team of four on a robbery spree on Saturday dawn, November 13, 2021, in the Wa West District of the Upper West Region, stabbed two of their victims who are currently responding to treatment at the hospital”, part of the statement read, adding that,

“Another suspect, Osman Seidu while attacking some residents at Poyentanga with a weapon was shot dead”. 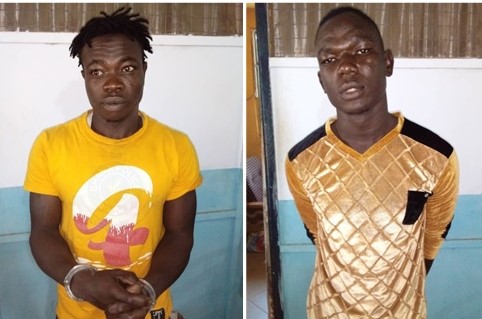 Also, there is a manhunt for a fourth suspect who escaped arrest.  The Police service has therefore appealed “to residents in the Wa West District and its environs to be on the lookout and report any badly wounded person for Police action.”

The statement which was signed by the Director-General of Public Affairs of the Ghana Police, ACP Kwesi Ofori indicates that “Suspect Musdeen Issahaku is an ex-convict who is standing trial in another armed robbery case at Wa Circuit, where he is on court bail.”

“We commend residents of Poyentanga and Samanbo for collaborating with the Police to arrest the suspects”, the statement added.

Read the statement below 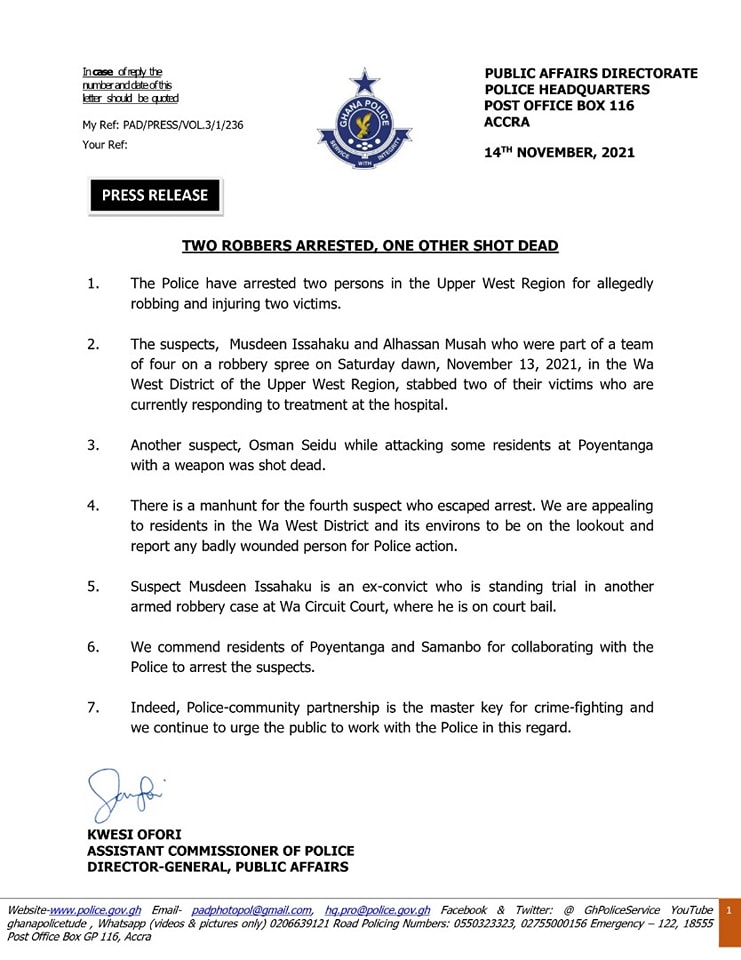 Read also:  Attempted arrest of Sosu in church: Did the Police administration lie?

Why prices keep going up and who’s to blame