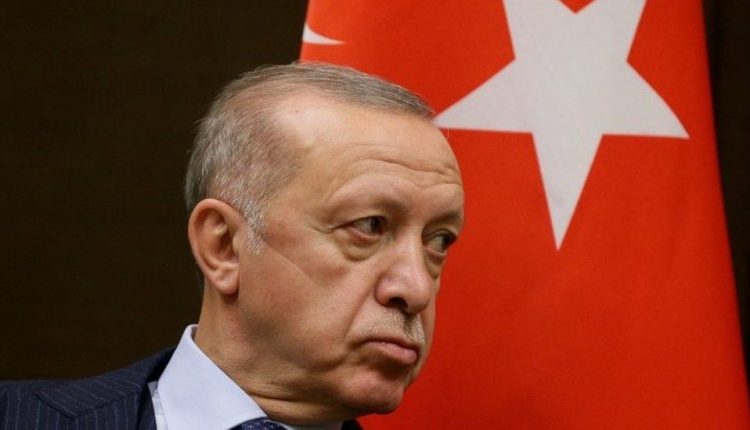 The President of Turkey, Recep Tayyip Erdogan, has ordered 10 ambassadors to be declared “persona non grata” for calling for the release of activist Osman Kavala.

These are ambassadors of the US, Germany, Canada, France, Denmark, the Netherlands, Finland, Sweden, Norway and New Zealand.

Persona non grata can remove diplomatic status and often results in expulsion or withdrawal of recognition of envoys.

The ambassadors jointly released a statement this week calling for the urgent release of Mr. Kavala who has spent more than four (4) years in jail over alleged protests and coup attempt even though he has not been convicted.

The embassies’ statement criticised the “continuing delays” in Osman Kavala’s trial, which they say “cast a shadow over respect for democracy, the rule of law and transparency in the Turkish judiciary system”.

They, therefore, urge a speedy resolution and called for “Turkey to secure his urgent release”.

But Turkish foreign ministry on Tuesday summoned the ambassadors to protest at their “irresponsible” statement on the case.

However, Europe’s main human rights watchdog, The Council of Europe, has given Turkey a final warning to obey a European Court of Human Rights ruling to free Mr. Kavala pending trial.

Mr. Erdogan, while addressing a crowd in Eskisehir on Saturday, said the ambassadors “cannot dare to come to the Turkish foreign ministry and give orders”.

“I gave the necessary order to our foreign minister and said what must be done. These 10 ambassadors must be declared persona non grata at once. You will sort it out immediately”, he said.

Even though it is unclear what will happen next, Turkish media report that Mr. Erdogan said the envoys should either understand Turkey or leave.

But the Norwegian foreign ministry has told Reuters that its envoy had “not done anything that warrants an expulsion”.

Mr Kavala was last year acquitted of charges over nationwide protests in 2013, but was almost immediately rearrested.

The acquittal was overturned and new charges were added relating to the military coup attempt against the Erdogan government in 2016.

Mr. Kavala denies any wrongdoing and critics of the Erdogan government say his case is an example of a widespread crackdown on dissent.

Earlier this week, Mr. Erdogan defended Turkey’s judicial system, saying: “I told our foreign minister: We can’t have the luxury of hosting this lot in our country. Is it for you to give Turkey such a lesson? Who do you think you are?”

Aflao chief should have exercised some decorum – Dr. Okoe Boye