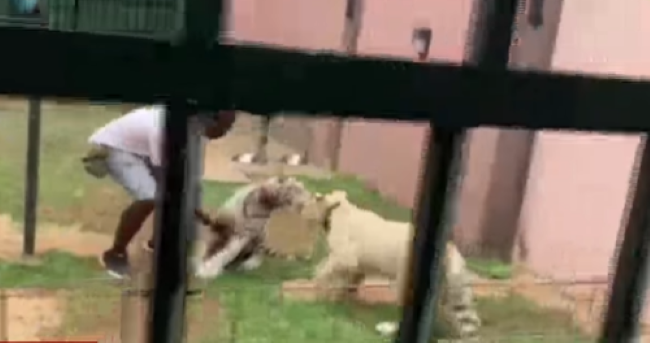 The Wildlife Division of the Forestry Commission says the two tigers owned by businessman Freedom Jacob Caesar are well protected.

As a result, they are downplaying the fear expressed by the residents of Wonda World Estates, Avenue Lincoln near the British High Commission at Ridge in Accra.

There were reports of some residents expressing concerns over the presence of the said animals in the neighbourhood.

According to them, the presence of the animals makes them feel unsafe.

They also insisted attempts to get the owner or the management of the facility to evacuate the tigers proved futile.

Although these claims have been refuted by the owner, the Police subsequently charged the Wildlife Division of the Forestry Commission to remove the animals to an appropriate facility.

However, the Director of Operations at the Wildlife Division, Luri Kanton, in a media interview after visiting the estate said the big cats are safe.

He said the animal will only be relocated after a new structure has been constructed for them.

“The tigers are safe, healthy and well protected and relocation will be done after investigations and a new structure would’ve to be constructed at a new location before the relocation of the animals could be done”.