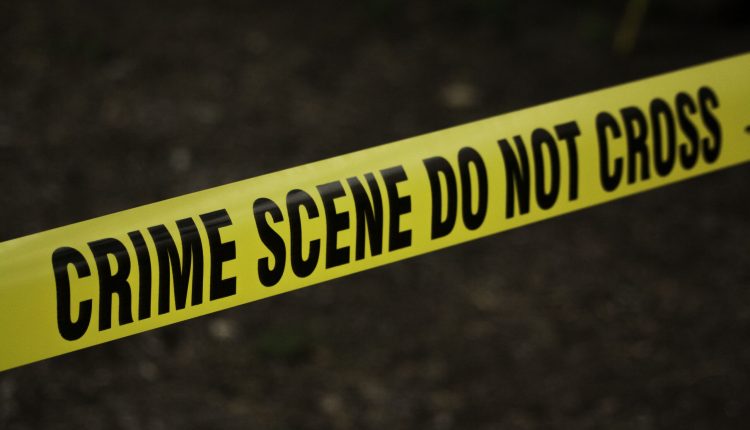 The Police have arrested and arraigned a 37-year-old driver, Jacob Kwesi Acquah, for allegedly killing Xiong Yin, a Chinese national in cold blood at Dansoman in Accra.

When Xioing went to the house help’s bedroom to get the phone for Acquah, he (Acquah) followed her, pushed her onto the bed and strangled her with a pillow, allegedly.

Acquah was also said to have smashed the deceased’s head several times on the floor and a metallic sliding door.

He also used the metal part of a shower handle to strike her several times, allegedly.

Two other accomplices: Faustina Otimah, a 21-year-old house help and Memunatu Allotey, a trader, alleged to have facilitated the murder by assisting Acquah, appeared before the Kaneshie District Court.

They are being held for abetment of crime to wit murder.

The court presided over by Ms Ama Adomako Kwakye reserved their plea and remanded the accused persons into Police custody to reappear on June 15.

Narrating the facts of the case, Inspector Apewa Achana, said the complainant, Lin Youji was a Chinese national residing at Dansoman Exhibition in Accra.

According to the prosecution, Oyimah, househelp of the deceased, resided at Mpoase and Memunatu, girlfriend of Acquah.

The prosecution said about seven months ago, Acquah was dismissed by the complainant for misconducting himself, but Acquah had been in touch with Otimah.

It said on May 10, 2022, Acquah called Otimah and asked her to alert him on the activities of the deceased and her fellow workers, especially when Xiong (deceased) was left alone in the house and that she should leave the small gate unlocked when leaving the house.

According to the prosecution, Acquah called Otimah 12 times between 0900 hours and 1100 hours to find out whether Xiong was alone in the house.

It said Acquah convinced Otimah to leave the house without informing the deceased and she (Otimah) complied.

The prosecution said Acquah took advantage of the unlocked gate, entered the compound of Xiong and met the deceased in the living room.

It said Acquah called Xiong and pretended to need the contact of Otimah.

The prosecutor said Xiong innocently left Acquah in the corridor and walked towards her bedroom to pick up her phone to get him the number he demanded.

Acquah followed Xiong and attacked her, pushed her onto her bed, covered her face with a pillow on the bed and strangled her.

The prosecution said Acquah on seeing that Xiong was weak, lifted her and sent her to the bathroom and hit her head on the metallic part of the sliding door and against the floor.

It said Acquah further used the metal part of the hand shower to hit the deceased on her head several times, causing the deceased to bleed.

The prosecution said Acquah after killing the deceased went to the living room where a CCTV camera was fixed, removed the CCTV from the ceiling and dumped it in a Water closet with the intention of erasing any trace of evidence that might implicate him.

It said the complainant came to the house after several calls to the deceased went unanswered.

To his surprise, the prosecution said he found both the small gate and main door to the various rooms unlocked.

It said the complainant rushed to open the deceased’s door and found it locked with the key in front.

When the complainant opened the door, he found the room ransacked, so he proceeded to the deceased’s bathroom where he found Xiong lying in a pool of blood in a supine position.

The prosecution said the complainant quickly rushed to the gate and alerted one Emmanuel Aziati about what he had seen, and both went to observe the body and went to report the matter to the police.

It said the Police went to the scene with the complainant and investigations commenced with pictures taken and the body conveyed to the police Morgue.

The prosecution said on the dawn of May 12, 2022, the Police had information that Acquah was hiding in the house of Memunatu and the Police proceeded to the place but Memunatu kept Acquah in her room and led the Police to a different location.

It said the Police retrieved the information on the memory card of the CCTV Camera that was dumped in the Water closet where Acquah was seen in the footage entering the living room of the deceased.