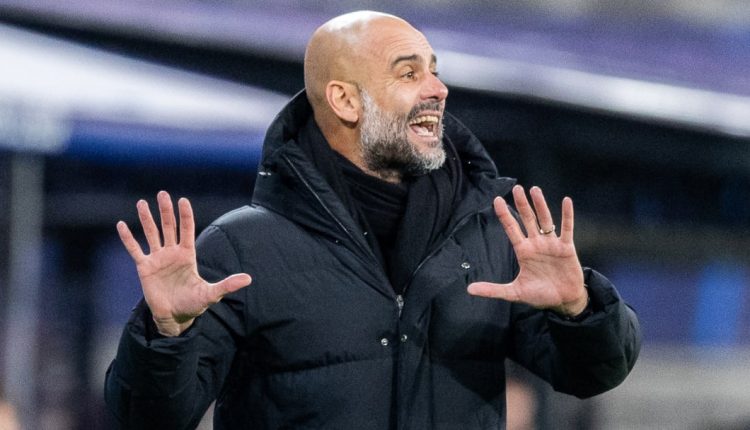 Manchester City boss Pep Guardiola is ‘the greatest manager of the modern era’, according to Brentford head coach Thomas Frank.

The Catalan tactician has won a mammoth 32 honours as a manager across his career with Barcelona’s senior and reserve sides, Bayern Munich and Man City.

Ahead of City’s trip to Brentford, his opposite number Frank has heaped praise on Guardiola.

“We are playing against the team in the division with possibly the biggest budget, I think [Guardiola] the greatest manager of the modern era definitely, unbelievable players, and a very specific style of play that actually makes it quite difficult for us to get something out of it,” Frank said at his pre-match press conference.

“They’re so good at keeping the ball and they almost never risk it. Of course, we can [play] a little on the counter. It’s going to be very difficult.

“The good news is we have done quite well against Liverpool and Chelsea, the two other top teams in the division.

“He’s a coach I’ve studied a lot, especially in his time at Barcelona where I think they were fantastic. I’ve followed him at Bayern Munich and City. He’s a very innovative coach, always tweaking positions.

“The build up from behind and the way they keep the ball in the middle phase too, the breakthroughs, it’s something I’ve studied for years. It’s very difficult to copy and you need decent players, but it’s nice to get inspiration from that.”

When it was put to Frank that he and Guardiola were facing off as two equal managers in the Premier League, he replied: “I agree, we are definitely two Premier League managers!

“It’s going to be a very good experience to meet him and face his team. Depending a little on the result, maybe I’ll try to forget it as quick as possible or remember it a little longer.”