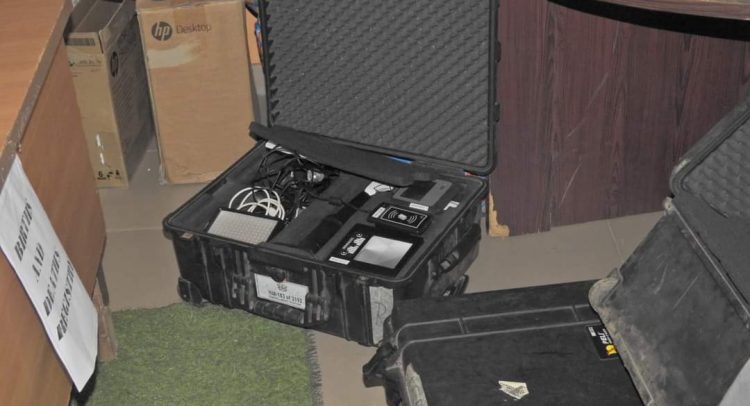 Information available to DGN Online indicates that suspected thieves have broke into the offices of the National Identification Authority (NIA) and the Birth and Death Registry in Prampram near Tema in the Greater Accra Region.

The criminals ransacked the offices located at the Town and Country Planning Department of the Ningo-Prampram District Assembly (NiPA) and made away with properties belonging to both aforementioned offices.

Properties such as laptops, biometric machine, webcam, printers among others were stolen by the criminals.

Confirming the incident to DGN Online, John Charway, an Opinion Leader in the area said the incident occurred Sunday February 6, 2022 dawn when the criminals got ingress into the offices through the windows.

According to him, the criminals cut some of the iron roads in the windows and the net to remove the louvre blades so that they can enter.

Residents of the area are wondering how the miscreants managed to rob the offices without a security man at post not having knowledge about the incident.

However, the security man manning over 25 offices belonging to four departments namely the Ningo-Prampram court, Ghana Post, Birth and Death and Development of Town and Country Planning have reportedly expressed surprise about the incident.

He wondered the time the incident occurred when he was at post tnroughout the night of Saturday to Sunday morning.

Meanwhile, registrants have expressed fear of losing their data following the incident.

They said some of them are yet to receive their NIA card after registering thereby stealing the machines means they are likely not to get the cards.

Google Chrome gets its first icon update in 8 years