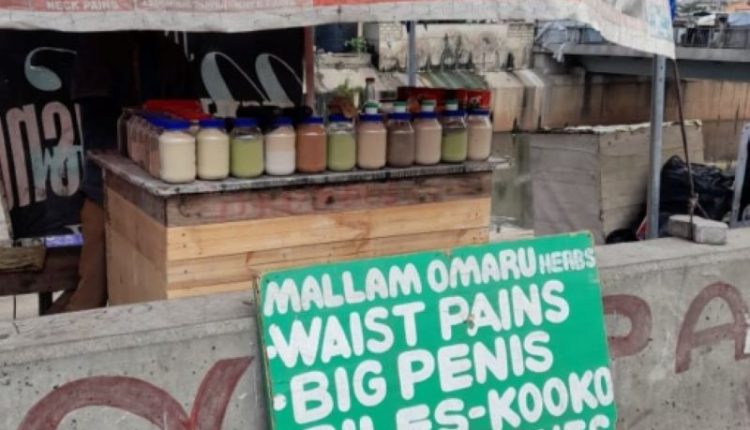 The unlicensed penis enlargement problem in Accra and the youth

It is fast becoming a common phenomenon at the Kwame Nkrumah Circle, a suburb in Accra, to have traders follow an individual in attempts to market their products with the hopes of landing a purchase.

These products range from clothes, shoes, and bags, and top of the list are organ enlargement products.

The supposed penis enlargement drug is known in local parlance as ‘kotedro’ with individuals known as ‘Abotsi’ dominating the trade.

Most of these pedlers follow individuals with chants like ‘wo p3 kotedro a bra’, ‘wo y3 ketewa a bra’ which translate as if you want a sexual product, come and if your organ is small come respectively.

Other Abotsis with stands mix the concoctions and colourfully display them on tables in unlabeled glass bottles – with woods of different sizes shaped like a man’s manhood. 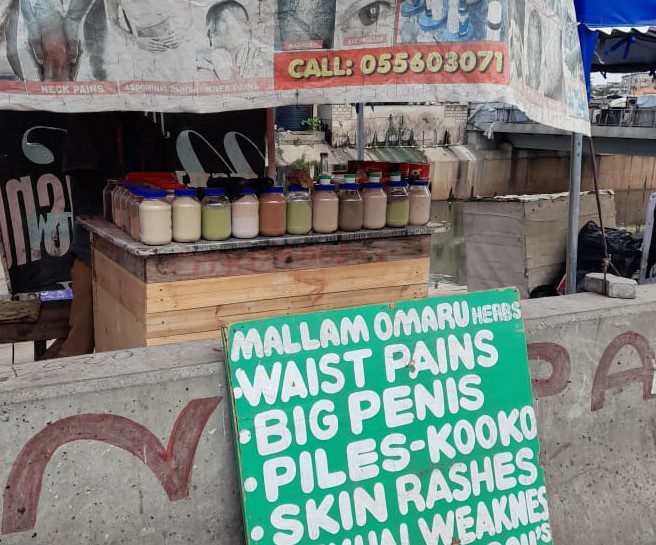 On my visit to some of the Abotsi stands at the Nkrumah Circle they insist the concoctions help to enhance sexual prowess and also enlarge the male reproductive organ.

When asked how credible the drugs were, he said it was a trade he had learned from his father and had provided solutions to several of the sexual problems people came with.

Another when asked the same question pointed to a fake certificate hanging on his wooden structure. 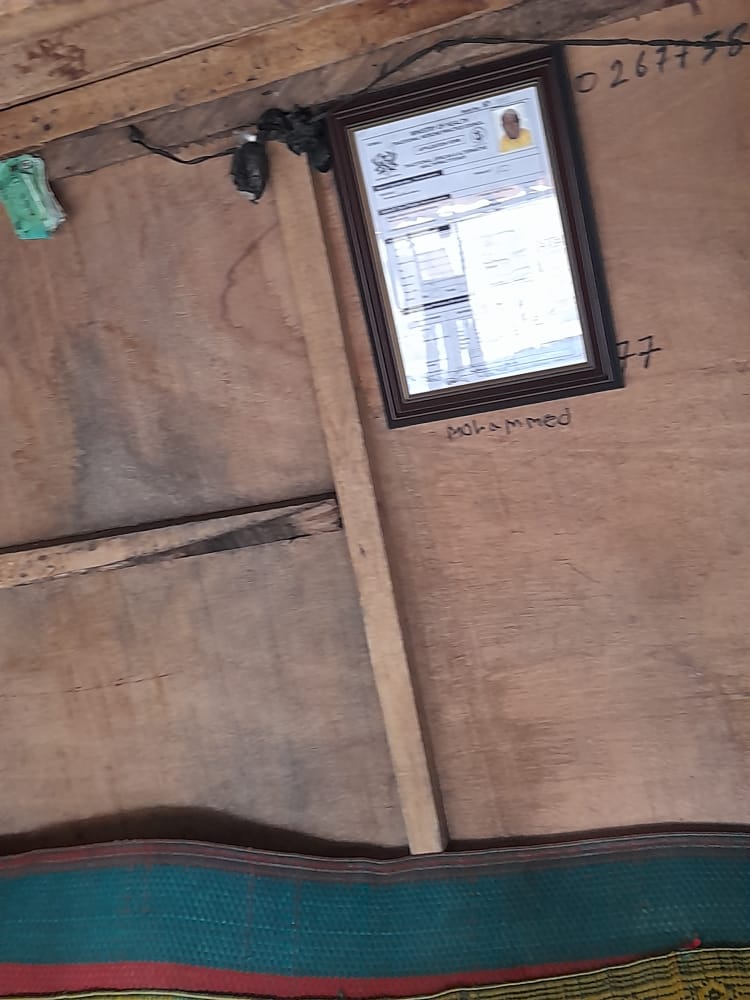 However, Head of Communications at the Food and Drugs Authority (FDA), Rhoda Appiah, said her outfit has “never ever” approved of such drug or medicine for public use.

She explained that if these concoctions did perform the magic of enlarging the male organ, they may provide temporal solutions resulting in more lasting adverse effects.

Further, she said in the case that an individual had genuine health problems with the size of their reproductive organ, they should visit the hospital for doctors to prescribe drugs that could be used to correct the issue and not result in self-medication.

“If you have a medical condition (small manhood), the appropriate place to go is the hospital for you to be properly diagnosed and then proper medication can be prescribed for you to administer. It is not for you to take it upon yourself and prescribe any medicine out there and use,” Mrs Appiah emphasised.

Highlighting some precautionary measures, she cautioned the public not to buy from the street or from the market.

“Even if you have to buy from these places, you need to take a critical look at the product and sometimes there could be spelling mistakes. That should tell you that the drug or product is fake,” she stressed.

Though the FDA has taken steps to educate the public on the dangers of self-medication some men still fall prey to these ‘Abotsis’.

A victim, Eben Nkrumah [not his real name], said he was pressured to use ‘kotedro’ after several complaints by his girlfriend about the size of his manhood and her threat to end the relationship.

In a bid to save his relationship, he said “I patronized the concoctions without thinking twice. What saddened me most, was that I wasted my resources on drugs which did not even work.”

Recounting the trauma, he mentioned that after all the bitter concoctions he took- he ended up heartbroken.

Another victim, who swore anonymity said he regrets patronizing the concoction because his organ has not been the same since he did.

He mentioned that he patronized the drug because he thought his manhood could be bigger than it was and stressed that “since I started the medication my manhood has just changed, I can’t explain it but it feels different.”

The victim said he was ashamed to visit the hospital because he did not know how to explain his problem to the doctors.

A Urologist at the University of Ghana Medical Centre, Dr. Marry Monney Boetey said there were no specific drugs [M1] to increase the size of the reproductive organ adding that many people took aphrodisiacs which had negative impacts.

“Generally, we do not really have drugs for enhancement of the penal size, what people take are aphrodisiacs and herbal preparations- which when taken in large quantities have adverse effect of death and heart attacks,” she said.

Responding to the kind of drugs sold to men, she stressed that most were erectile drugs that did not increase the size but rather helped make the penis firmer during intercourse.

“Those drugs are actually for erectile problems, which is used to help with erection during intercourse not necessarily increase the size. It was to make the penis firmer,” she said.

Highlighting the effects of these aphrodisiacs, Dr. Boetey said some of these drugs contained substances that when taken in large quantities led to heart attacks, and respiratory disorders and hardened the penis for a long time.

“It can lead to the risk of getting heart attacks, respiratory diseases, and hardening of the penis and make the penis really hard for long which will result in priapism, that is persistent erection, without it going down even after ejaculation.”

The Urologist advised men to desist from self-medication. She urged men to visit a urologist if they had issues with the size of their penis for the organ to be examined and possible solutions recommended.

Banks, insurance companies lay off workers in anticipation of a difficult year