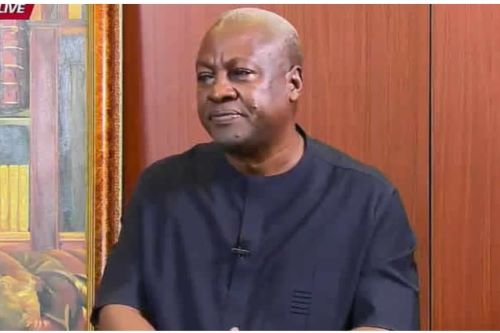 THE NDC IS GUIDED BY DEEDS AND ACTION, NOT TALKS – MAHAMA

John Dramani Mahama has stated that the National Democratic Congress (NDC) is guided by deeds and actions and not talks.

In a Facebook live encounter with Ghanaians yesterday, the leader and flagbearer of the NDC said, “The NDC party I lead has demonstrated over and over again that it does not talk, it delivers. We are guided by deeds and action and not talk.”

He asserted that the NDC has demonstrated deeds and action at all times they have been in office during the 4th republic by delivering “state-of-the-art regional hospitals, district hospitals, polyclinics, health centres and CHIPS compounds”, evidence of which according to him can be seen all over the country”.

The former president who is seeking for a comeback at the presidency declared that if given the opportunity again “by the Grace of God and the Will of Ghanaians”, the NDC will continue to aggressively rollout social infrastructure, making sure that every region and district has a modern hospital depending on the demographic and population of the catchment area of each region and hospital.

Mr Mahama also promised to ensure that all citizens have easy access to quality and efficient healthcare at all parts of the country.

or via WhatsApp on

“Mahama Constructed The Roof Before Building The Foundation” – President Akufo-Addo…

‘I made a mistake’ – Akufo-Addo apologises for Cape Coast harbour…

“Mahama Constructed The Roof Before Building The Foundation” –…