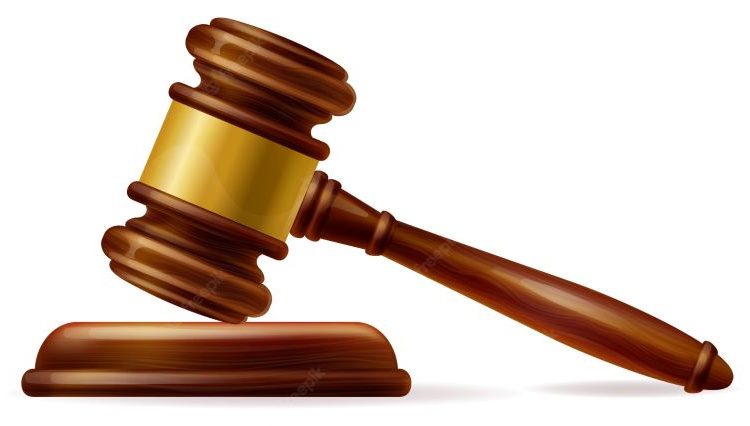 This ruling came on the heels of a motion of stay of execution filed by the defendants in the original suit (ie the Sonyonwura and Ibrahim Abudulai Alex) and an order to set aside the default judgment secured by the plaintiffs in 2021. The court has subsequently dismissed the application over merit.

A judgment was entered into in 2021 in a matter of default appearance. In the beggining of the case, the defendants have refused to comply with court processes; they did not want to be served with the writ and threatened to deal with anybody who attempted serving them. The court ordered for a substituted services eventually. And this was done with a police escort to avoid any attacks.

This culminated into the refusal of the defendants (ie the Sonyonwura and Mr Alex, the Bolewura’s brother) to enter appearance in the suit. All other attempts to get them file a defense for the continuance of the case couldn’t yield results. Eventually when the judgement was delivered in the absence of the defendants, a service on them became a difficulty coupled with renewed threats. The court bailiff who came from Tamale to serve the defendants of the judgement was attacked by the assigns of the Sonyonwura in the full glare of the public, and this compelled the Jahori family to once again seek the court leave to opt for a substituted service. Again, the substituted service was done with a police escort to avoid any attacks from the defendants.

In the original suit, the plaintiffs (ie Jahori family) prayed the court to declare them as allodial owners of the parcel of land called the Jahori lands, situated in the Bole traditional area, and stretching from Ginkormoh stream in the north to Doli and south of the Sawla-Bole Highway. This was the main relief sought by the plaintiffs among other 5 reliefs including a perpetual injunction restraining the defendants and their servants from interfering in the said lands.

The present writ filed by the Sonyonwura and Ibrahim Abdulai Alex, the brother of the Bolewura, is in response to the default judgement secured by the plaintiffs. The defendants are praying the court for a stay of execution and to set aside the judgment.

The High court delivering its judgment through Justice Richard Mac Kogyapwah, dismissed the application to set aside the default judgment on the following grounds:

In the totality of the above, Justice Richard concludes that the defendants have failed to convince the court and by extension they (the defendants) chosen strange modes of action which are not recognize by any law. The defendants in their own pleadings admitted that they were aware of the pendency of the suit, and for that matter, their failure to enter defense cannot be glossed over. The court therefore has dismissed their application because it has no merit and not sanctioned by any law. 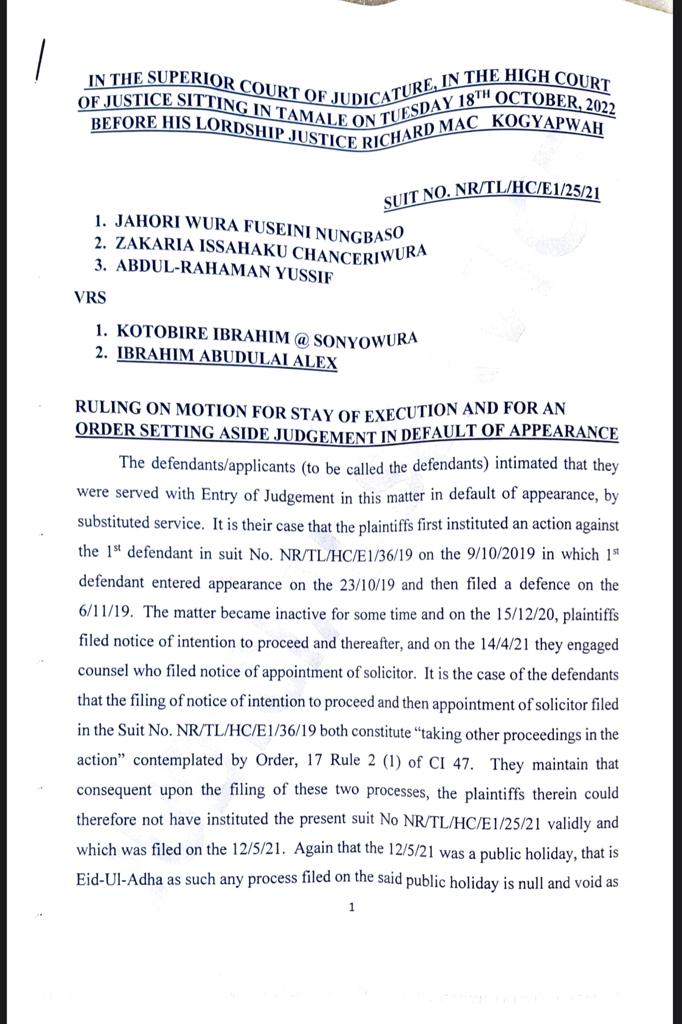 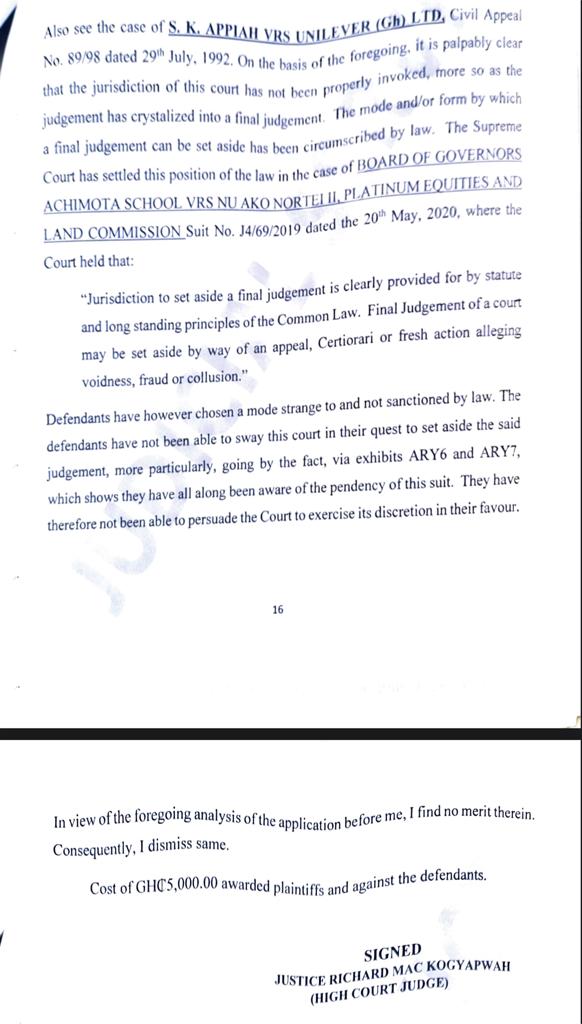