The Best Camera Drones in 2022

For anyone who has flown a camera drone, there is a lot of fun and excitement unlocked with the new creative angles with their ability to get views and vantage points otherwise inaccessible to a photographer on the ground. While learning how to fly them can be challenging, an epic new view of the area captured from the air is a worthy and exciting reward. Since so many makes and models exist currently on the market, which one is the right choice for you?

By definition, a camera drone is an unmanned aircraft (officially called a UAV) with a camera(s) system attached that is effectively a flying robot that can be operated remotely using a combination of GPS and onboard sensors to capture photos and video. What is amazing about this technology is that currently you can buy a flying stabilized 4K camera that can even fit in a pocket for just a few hundred dollars, something that was unimaginable even just a few years ago.

Since the size and price of these devices have come down so significantly in recent years, finding the right one for your needs can be confusing. Budget is always important, but there are also other considerations to make like battery life, image quality, size and portability, and most importantly, the camera specifications.

Let’s Get Started Then

Best “Out of the Box” FPV Camera Drone: DJI FPV 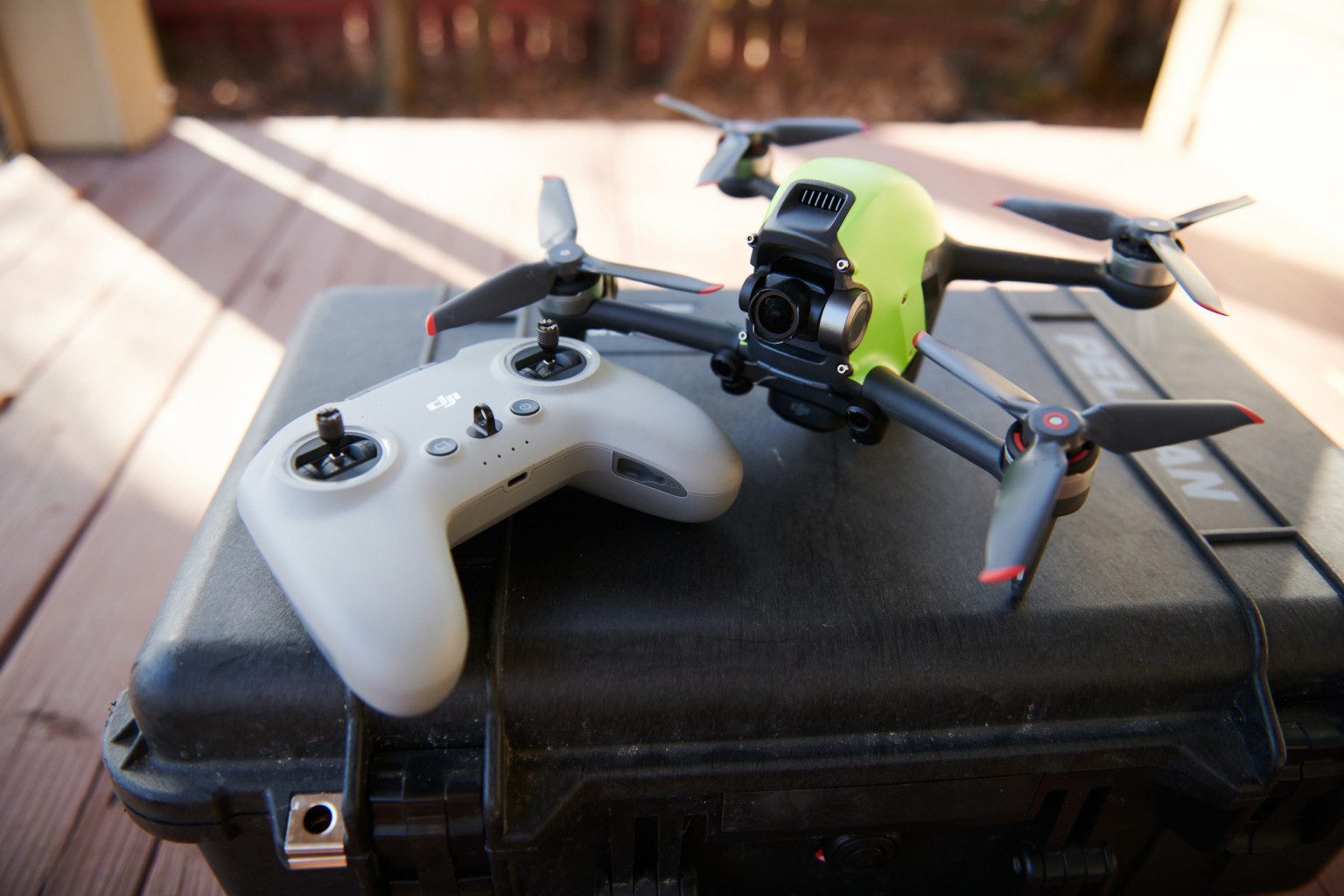 First Person View (FPV) drones allow pilots to fly using a headset that gives them a view directly from the perspective of the drone’s camera. It can be an incredibly exciting way to fly, but these styles of drones have typically been available only to true enthusiasts with deep pockets. The new $999 DJI FPV camera drone features an impressive amount of features out of the box with no custom builds required, including three flying modes, an impressive 97mph top speed, and up to 60 frames per second (FPS) with stabilized 4K video, and 120fps “slow motion” at 1080p.

The DJI FPV drone may lack some durability when compared to some other more expensive DIY “professional” kits, but if you are interested in getting into FPV drone racing and capturing dramatic aerial videos that have been making waves over social media recently, this may be the perfect drone for you. The price, setup, usability, and flight characteristics are all top-notch, and the DJI software/app should be incredibly familiar and easy to navigate for anyone who has ever used a DJI product in the past. The Autel Robotics EVO Lite+ camera drone has a 1-inch 20-megapixel sensor that can support up to 6K video recording while offering a strong battery life, three-way obstacle detection sensors, and more at an affordable price. While it may not be a “household” name, the hardware and software features that it delivers definitely make it worth your attention.

The $1,319 Autel Evo Lite+ drone comes available in a variety of colors and packages/bundles ranging from $1,319 to $1,799 offering users most of the accessories they could want and need out of the box. This includes ND filters, extra batteries, spare propellers, and a multitude of other bonuses depending on the standard to premium package they choose. The drone itself is a bit larger and heavier than its competitors in the “lightweight” market, but the battery life of the drone and controller seems to outperform many of its bigger-name competitors with an average flight time of nearly 40 minutes per fully charged battery.

The Evo Lite+ from Autel may not have an app that is as polished as some of its competitors, but it does offer a safe and easy to use out of box flight experience for users as well as impressive image quality and sharpness at a competitive price that stands up to scrutiny. 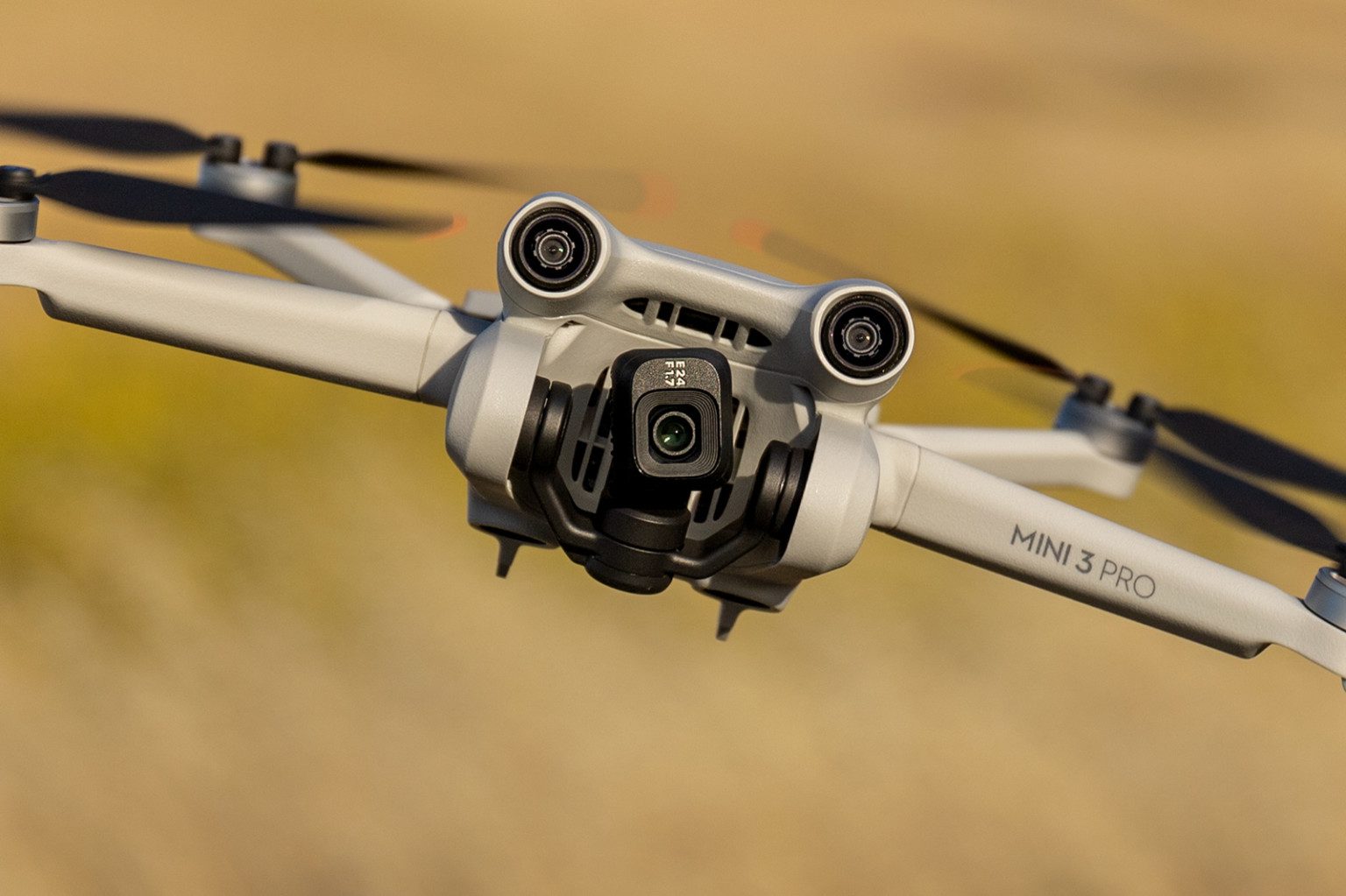 The DJI Mini series is what happens when users ask for the best flight experience at the lowest price possible. The DJI Mini 3 Pro is what happens when you pay just a little bit extra. The palm-sized $759 DJI Mini 3 camera drone brings a new design element to the drone market with tweaks to the arms, gimbal, and propellers, and keeping the system under 249 grams with the battery installed. What sets this drone apart from the previous generation and other models is its ability to shoot at an upward angle, even turned vertically, for portrait orientation of photos and videos.

The system comes with a 1/1.3 Type CMOS camera sensor and a 24mm f/1.7 fixed lens that is capable of shooting 12-megapixel images (up to 48-megapixel with multi-frame) with impressive dynamic range and low light/noise handling in both RAW or JPEG shooting modes, and it even has improved obstacle sensors, improved stable flight performance, extended battery life over the other “mini” drones, and features you’d expect in the more “professional” models like D-log color profiles, HDR video, and ActiveTrack. The Mini 3 Pro takes everything that users love in the previous Mini models and makes it better in a smaller package. The Air 2S from DJI is a compact folding drone with a 1-inch sensor capable of shooting 5.4K video with a bevy of automated flight and safety features making it affectionately labeled as one of the best pro-minded “all-in-one” designed camera drones on the market. The updated successor to the Mavic Air 2 offers a larger camera sensor (with a smaller megapixel count) that offers a touch over the standard 4K recording with 5.4K that allows video shooters to add zoom effects for a more dynamic clip or simply cropping down into a 4K picture, effectively enlarging the subject. Additionally, the $999 DJI Air 2S shoot 4K at 60fps and 1080p at 120 fps, giving users even more options for “slow motion” clips.

The DJI Air 2S adds a greater bit-depth, detail, and dynamic range than many other 4K drones on the market can offer. In addition to the improved camera hardware, it makes getting into the air and capturing professional-level photo and video content incredibly simple to do, including the ability to add seemingly complex filming maneuvers with ease using the DJI Fly app. 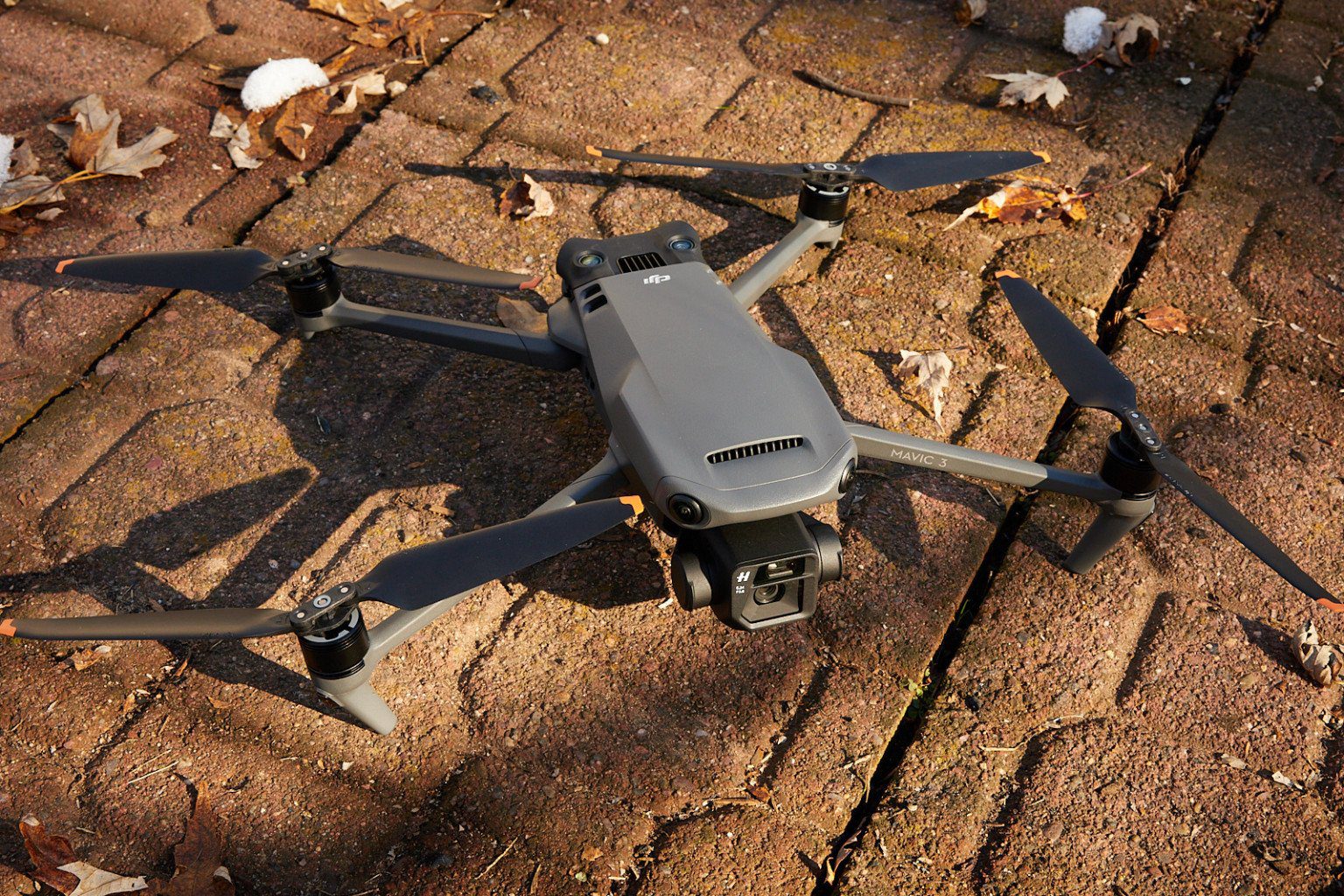 When every drone released to the public gets an incredible amount of hype, few actually live up to the claims, except in the case of the $2,049 DJI Mavic 3 (and Mavic 3 Cine). The Mavic 3, released in November of 2021, is larger than many of the other drones on this list but comes loaded with much more powerful and impressive professional features, making it one of the must-have camera drones for professional photographers and videographers. Featuring a 20-megapixel four-thirds sensor with Hasselblad color with a 23mm f/2.8 lens and a secondary “explore” camera with a 1/2 inch sensor and 162mm f/4.4 lens, the DJI Mavic 3 also offers up to 46 minutes of flight time, 7x optical and 28x digital zoom with 5K video at 50 fps (as well as 4K and 4k DCI at 120 fps).

The DJI Mavic 3 camera drone offers image and video quality that surpasses nearly every other fixed-lens consumer drone on the market as well as safety features like obstacle avoidance in a package still under 2 pounds, proving that while other brands exist, DJI is still the premier brand in prosumer drones with no signs of slowing down on the innovation and features with each subsequent release.