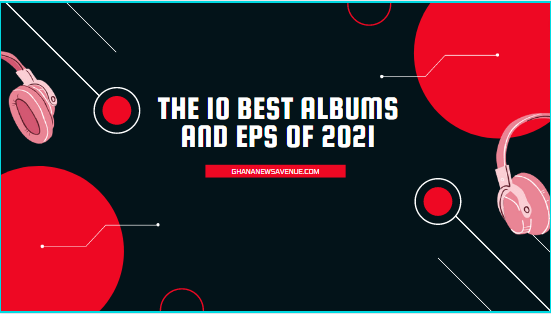 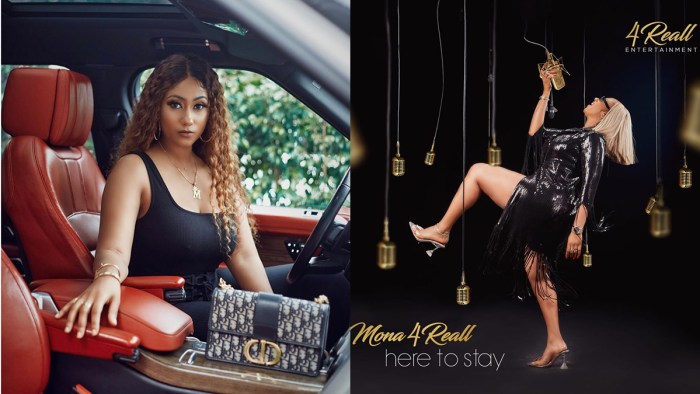 Prince of Ghana Gospel, Joe Mettle has released his highly anticipated album titled ‘The Experience’, a compilation of inspiring songs and we are about to delve in!
The 13-track body of work has songs composed in the English, Twi, and Ga dialects, and features melodic contributions from great artists across the globe and his Love Gift Band.
The album includes popular tracks such as `Yesu Mo;’ recognised as the feature song showcased in Joe’s much-anticipated wedding video which dropped last year, as well as collaborations with newly awarded VGMA Male Vocalist of the Year, MOG Music (Track 9 – They that wait) and Glass Awards Founder and American Gospel Artist Michael Stuckey (Tracks 6 & 7 Peace).
It also has fellow Ghanaian and vocal powerhouse Isaiah Fosu-Kwakye Junior (Track 3 – Your Presence), from Nigeria, the eagle, worshipper and Revivalist Dunsin Oyekan was featured on (Track 10 -Halleluyah) Starr FM Radio Pastor and Worship Leader, Eric Jeshrun (Track 8 – How Excellent). 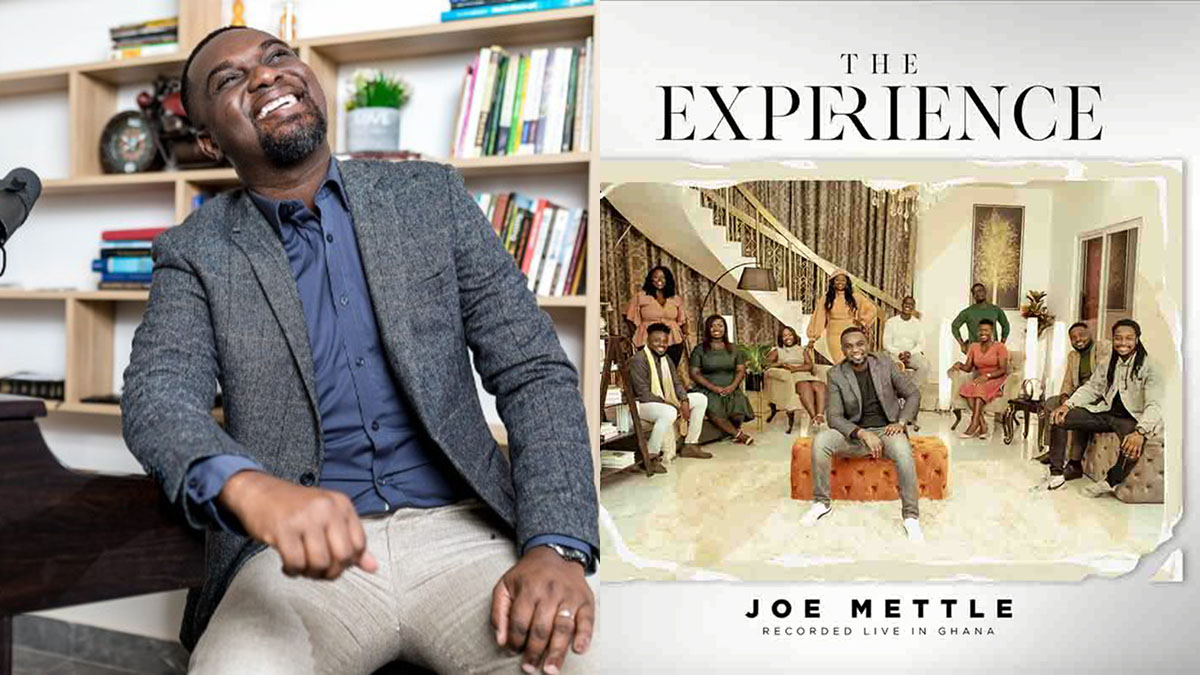 Prior to the release of the full Extended Play, Amerado served the music community with a dope hip hop tune titled; “Sika Besu” featuring Kweku Flick aka king of melodies and PeeNation head Ypee.
The entire collective, ‘Patience EP’ owes production credit to ItzJoeBeatz, Samsney and ItzCJMadeIt. It was mixed and mastered by Azee Ntwene and Apya. 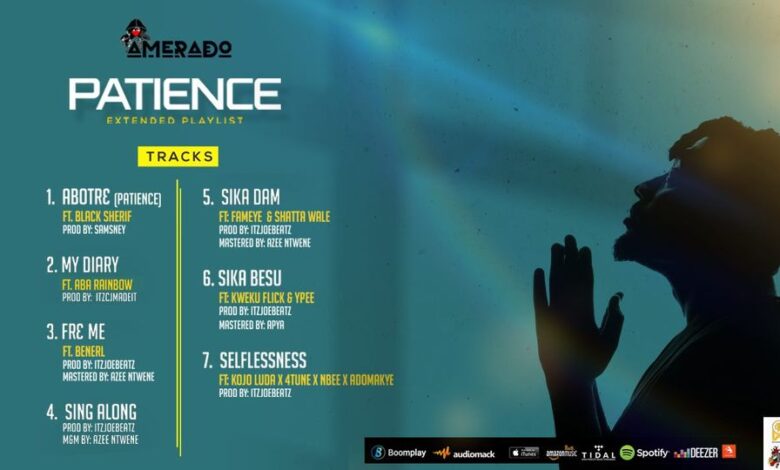 Ghana drill act, Kofi Jamar, unleashed Appetite for Destruction. The absolute perfection of a project for the rising star. Appetite For Destruction EP Tracklist features Fameye, Qwamina Mp, Tulenkey and Nigeria’s Teni.
Mastered and Produced by@cteabeat and @trino_tunez with a crazy spin from a saxophonist, @cwasimusic. 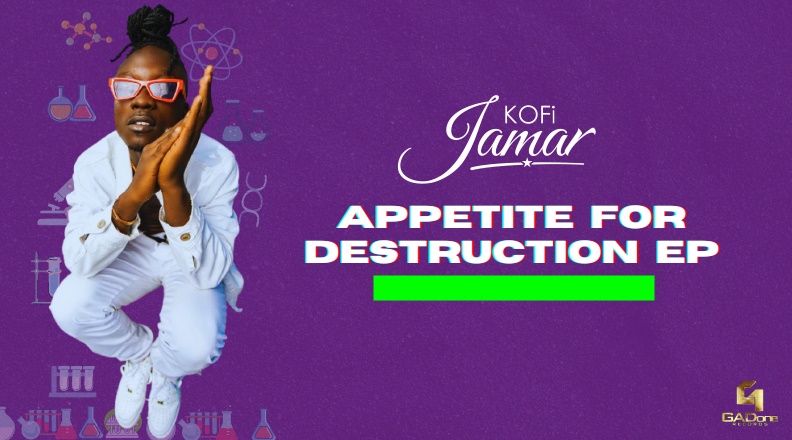 ‘Dollar on you’ hitmaker and Lynx signee Kuami Eugene dropped his Afro-highlife EP in November. He takes it a notch higher from his norm by blending Modern and traditional as he sought to explore the culture intensively. All songs on the extended play were produced by Kuami Eugene himself with the exception of Te Na Fie with assistance from Richie Mensah, George Darko and Afro Harmony Band.

5. M.anifest – Madina To The Universe

Legendary rapper, M.anifest, brought his A-game to this masterpiece. Being his 5 studio album, the La Vida crooner made a blend of Afrobeat with hip hop, creating an outstanding project. Madina To The Universe comprises 15 songs and features musicians such as Ghana’s Mensa and Moliy, and rapper Vic Mensa, Nigeria’s Adekunle Gold, Patoranking and Ladipoe, and Tanzania’s Tiggs da Author. It was heralded by the singles Scorpio Flow, Confusion, La Vida and No Fear. 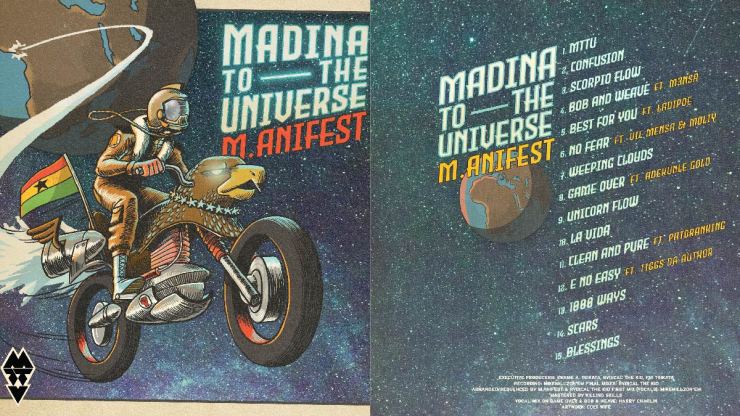 Mr Drew gave his ever-growing fanbase a gift with his upbeat debut album tagged Alpha. His collaborations with Kwabena Kwabena on Fo(cry) has been performed very well.
This body of work is a 12-track project featuring Victor AD, Seyi Shay, KiDi, Kwabena Kwabena, Raybekah, and Kelvyn Boy. Production credits to Samsney, Beatz Vampire, BodyBeatz, and others. 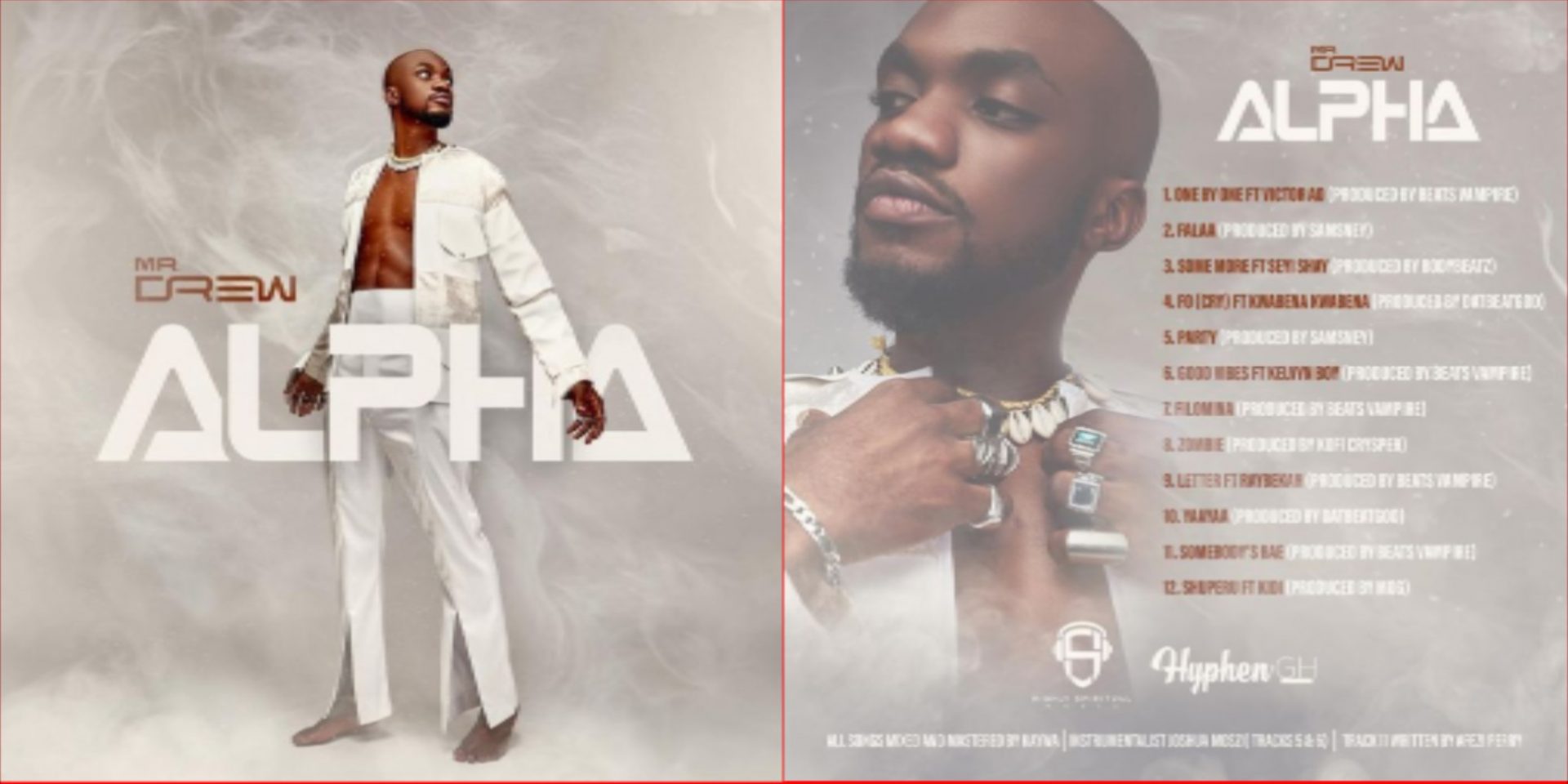 Legendary duo R2Bees ensured that their fans will end the year with new R2Bees records on their playlist. The fifth studio album is a unique project as it’s an inclusion of both the elite and newbies artists. The new installment comes in a package of 15 mind blowing and exceptional tunes with contributions from Legacy Life Entertainmnet’s, King Promise, BHIM Nation president, Stonebwoy, Flip The Music first lady, Gyakie, La Meme Gang’s prodigy, Darkovibes, 2021 Grammy Award nominee, Wizkid, Banku Music head, Mr Eazi and Nigerian rave of the moment, Joeboy. 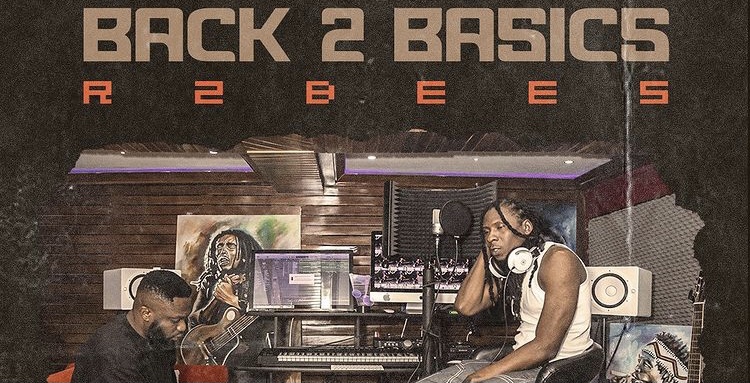 It’s no secret, the king of rap, Sarkodie, unveiled his seventh studio album ‘No Pressure’. After pushing the project forward by a couple of months the final result was definitely a masterpiece. Fan-favourite records from the album include; ‘Non Living Thing’ ft Oxlade, Rollies and Cigar and ‘Coachella’ ft Kwesi Arthur.‘No Pressure’ is his seventh studio album and perhaps his most-well rounded effort to date. The 16-song album presented in two parts is replete with enough genre-mashing songs to satisfy the music palettes of his diverse fans. It is a hybrid of his two previous projects from 2019 namely ‘Alpha’ and ‘Black Love’. The former was a blistering barfest hinged on self-apotheosis while the latter followed conventional pop-rap songwriting tropes with bright hooks sung by an array of guest vocalists. In its amalgam execution, ‘No Pressure’ comprises tauntingly good, all-caps RAP slappers, as well as several bops in conversation with contemporary Afropop. 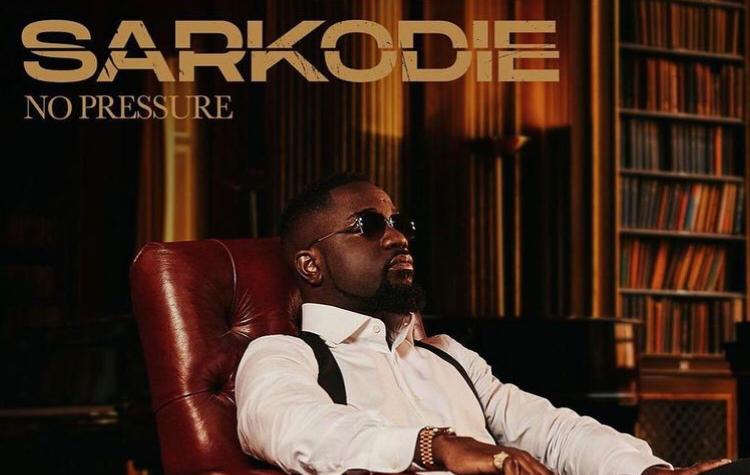 Lynx signee KiDi dropped his epic album ‘Golden Boy’ in June. ‘Touch it’ off the album has been such a major hit, amassing over 125million views on TikTok with the Touch It Challenge. The album features vocal contributions from Nigerian Afro-Dancehall singer Patoranking, Lynx label-mate Kuami Eugene, and Ghanaian rapper Joey B. It also includes the pre-release singles, “Spiritual” and “Touch It,” both colourful, dance-ready songs hinting at a festive, self-assured direction. 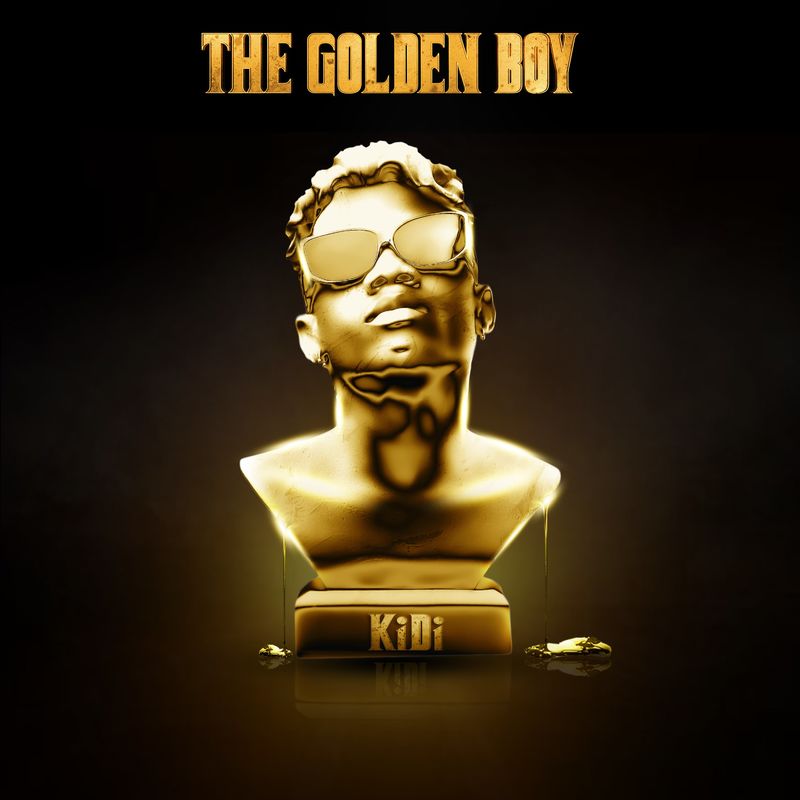 Bagbin explains his absence during voting on e-levy bill