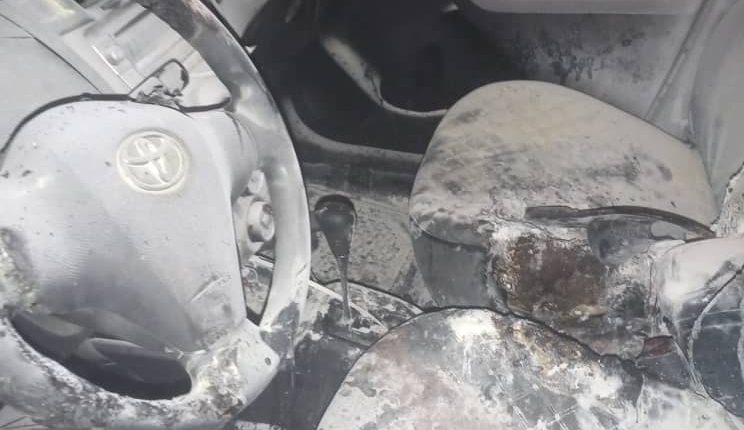 A Sekondi-Takoradi based Bolt driver believed to be a navy officer was on Wednesday, December 22, 2021, set ablaze by some unknown passengers who are currently on the run.

The driver, whose identity has been concealed for security reasons, sustained burns from his face and several parts of his body after the passengers poured petrol on him and set him on fire at Bakano in Sekondi.

Speaking to Kwame Malcolm, host of Radio 360’s flagship morning programme Y3nsom, Edmund Kweku Appiah, a colleague Bolt driver who arrived on the scene said the burns are so severe that it is likely his colleague may not survive.

“When I arrived there he was so burnt and he said they poured petrol on him and lit a match thinking he would get out so they can abscond with his car but because he was in his seat belt I guess he was unable to flee,” Edmund narrated.

He further narrated that when the victim was taken to Effia Nkwanta Regional Hospital Accident and Emergency Ward, the physicians on duty took over an hour to attend to him as he was writhing in pain.

“The health workers really delayed before attending to my colleague as they were waiting for us to show his health insurance and they did not really attend to him before his colleagues came and they realised he was a navy person. Our friend was in pains and his colleagues who are even from Navy could not look at him due to the extent of the scars,” Edmund further revealed.

We call you ‘honourable’; parliament not a boxing arena – House of Chiefs to MPs