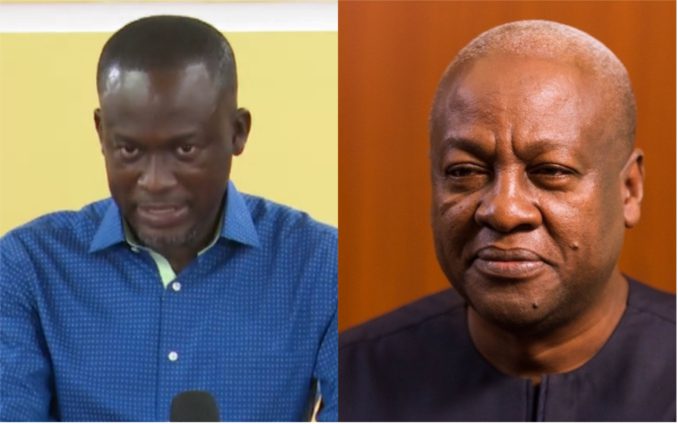 The Communications Director at the Presidency has asked the 2020 flagbearer of the National Democratic Congress (NDC) to allow the government to perform its duties.

Eugene Arhin, at a press briefing on Thursday, said, “everybody in Ghana acknowledges that there are hardships, even the President himself has acknowledged it, that is why every effort is being put in place to make sure that these hardships are relieved. And I will just suggest that the former President should take a chill pill and wait and see how best the budget would address the concerns of the average Ghanaian.”

His comment follows Mr. Mahama’s observation that the current state of affairs is unimpressive as the Akufo-Addo administration nears the end of the first year since his mandate was renewed.

Delivering a public lecture to climax his ‘Thank You’ tour, the former President described the government’s handling of citizens’ wellbeing as a ‘common national tragedy’.

But reacting to this on Thursday, Mr Arhin said the Akufo-Addo government is not aloof from the situation, but is working earnestly to relieve the sufferings of the citizens.

Attributing the current economic crisis to the advent of Covid-19, the Communications Director said government is, however, committed to resuscitating the economy.

“It is not as if this government is sitting down and has thrown its hands in despair and waiting for a divine intervention from the almighty, we are going ahead to do whatever we have to do [to relieve Ghanaians],” he said.

With the Finance Minister, Ken Ofori-Atta set to present the 2022 budget on Wednesday, November 17, Mr Arhin was optimistic that all the concerns by the public will be addressed.