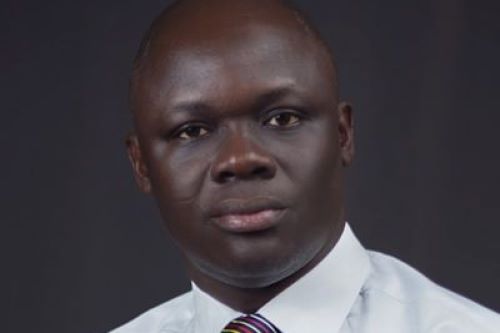 SUSPENSION OF GHANA CARD REGISTRATION IN E/R: “ISSUE A FRESH STATEMENT, APOLOGIZE AND RE-CANCEL THE EXERCISE PROPERLY” – AYENINI TO NIA

In the evening of 20th March, 2020, the NIA issued a press statement signed by the authority’s Head of Corporate Affairs, ACI Francis Palmdeti, announcing the suspension of the mass Ghana card registration in the Eastern Region.
According to the statement, the suspension was because the NIA has been served with an application for interlocutory injunction restraining the authority from continuing with the registration in the Eastern Region.
All NIA field officials were therefore instructed to suspend the exercise effective today, Saturday, 21st March, 2020 pending the final determination of the application by the court.
A section of Ghanaians and other bodies such as the Ghana Medical Association (GMA) and Commission on Human Rights and Administrative Justice (CHRAJ) had earlier on issued separate statements calling on the NIA to suspend the registration exercise to prevent a possible spread of the coronavirus diseases.
But the NIA rejected the calls to suspend the exercise stating that it has put in place measures to prevent the spread of the disease at the various centres of where the exercise was taking place.
Reacting to the reason for suspending the exercise on Newsfile on Joy fm/Joy News today, a Deputy Secretary and Member of the Infectious Disease Committee of the GMA, Dr Titus Beyou, said by the statement of the NIA, they mean they won’t cancel the registration if the court hears the case and denies the applicants what they seek.
After the show, the host of Newsfile, Samson Lardy Ayenini, took to his facebook page to call on the National Identification Authority to issue a fresh statement to apologize to Ghanaians and re-cancel the exercise properly.
He wrote, “Pray – It would appear the interlocutory injunction application served on them didn’t move them until an application to cite 3 top officers of the NIA for contempt followed.

Shocking! The GMA’s Dr Beyuo observed, that by their statement, they mean they won’t cancel the dangerous and senseless exercise if the court heard the case and denied the applicants what they seek?

Issue a fresh statement, apologize and re-cancel the exercise properly.

Call the guys and beg them to withdraw their case and don’t use my tax money to hire lawyers to defend it.”