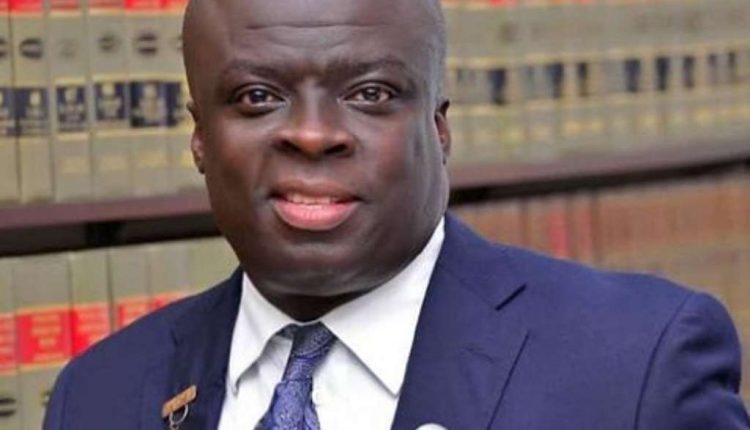 The Supreme Court has dismissed an application by Mr Kwasi Afrifa who is seeking to stop disciplinary proceedings against him by the General Legal Council (GLC).

Mr Afrifa represented himself at the Supreme Court and argued that the charges levelled against him were in a repealed law which was no longer in existence.

He also contended that there was no complainant in his case and therefore the GLC had no jurisdiction to institute disciplinary proceedings against him.

A five-member panel of the apex court, presided over by Justice Gabriel Pwamang, Tuesday [Feb 8, 2022] dismissed the case on the basis that Mr Afrifa failed to convince the court.

“The applicant has failed to make a case for order of certiorari. We are also unable to stay proceedings at the GLC since the jurisdiction to do that lies at the High Court ,” the court held.

Mr Afrifa was dragged to the GLC by his former client, Ogyeedom Obranu Kwesi Atta VI of Gomoa Afransi, in the Central Region.

Ogyeedom Obranu Kwesi Atta petitioned the GLC to intervene in his failed attempt to retrieve an amount of $75,000, being part of a $100,000 sum he had allegedly given to Afrifa who had requested it to enable him to procure a favourable verdict from the apex court.

Afrifa, in response to the petition, had indicated that it was Ogyeedom Kwesi Atta rather who had claimed to have met the Chief Justice, Kwasi Anin-Yeboah, and that the latter had demanded a $5 million bribe to help him win the case.

The Chief Justice who has since denied the allegation and others, petitioned the Disciplinary Committee of the GLC to investigate the allegations. He also reported same to the Police CID for criminal investigation.

The GLC found a prima facie case against him and subsequently charged him with nine counts.

Afrifa also faces the charge of having failed to protect the sanctity and integrity of the legal profession when he failed to disclose the allegation of bribery against the Chief Justice to the Disciplinary Committee of the Judicial Council or any other statutory body for an inquiry.

Again, he is accused of failing to defend the reputation of the legal profession, and rather facilitated the commission of the alleged bribery offence when he refunded legal fees he was entitled to, and at the same time failing to issue any receipts to his former client.