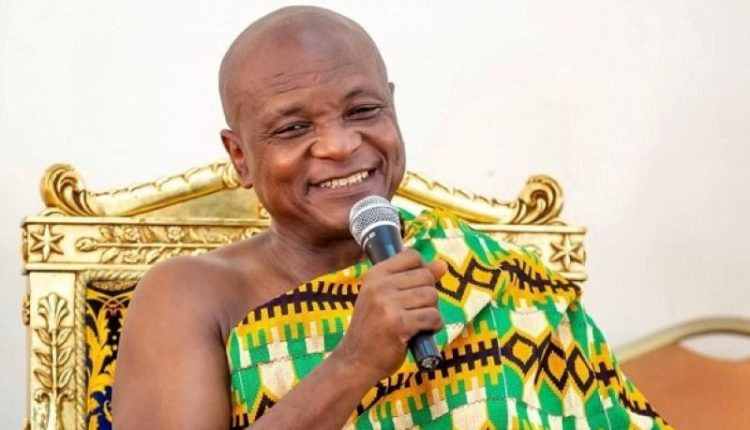 The Agbogbomefia Paramount Chief of Asogli State has bemoaned the plundering of the nation’s resources by its duty-bearers, calling on them to consider the nation’s present economic status and avoid excessive spending to protect the public purse.

Togbe Afede XIV said although the founding fathers and the present constitution directed leadership to secure progress and development, the high cost of living and sinking economy have become the nation’s portion.

Addressing the grand durbar of the Asogli Yam Festival on Saturday, Togbe Afede, who is also an investment accountant, said the nation would require truthful leadership to consolidate the tenets of governance.

He called on leaders to avoid what he called, “deceit but admit the reality and show concern for the plight of the people.

“Those who fought for our independence thought we were going to rule ourselves, but the dream of self-governance has eluded us. We have not been able to deliver as our people wanted.”

The traditional ruler, also the executive chairman of World Trade Centre, Accra, lamented how political leadership continued to be institutionalised as an avenue for personal gain.

He said: “Leaders are concerned about politics and not development. They are only concerned about how to secure and retain power, and not the development of the nation. The money outlook is affecting leadership and has made governance a matter of life and death.

“Everyone is seeking to rob the nation’s resources, and those who steal the nation’s wealth cannot bring development. It is very challenging, and we must fight against it.

“Stealing the nation’s money has become part of us. People do not take national projects seriously.”

Togbe mentioned the payment of gratuitous emoluments and the present procurement regimes, all which he said milked the nation and should be reconsidered.

He said the citizenry had a greater role to play in realising the needed development and called for the commitment to unity and hard work, which he said was “very important.”

Togbe Afede said the theme for the festival, “Let’s eschew greed and corruption,” would help deliberate on the nation’s current disposition.

An anti-corruption day celebration, youth empowerment forum, and a summit of chiefs are programs introduced as the festival returns from a three-year break.

Mr John Dramani Mahama, former President, who graced the durbar, commended Togbe Afede for rebranding the festival and giving it an international appeal.

There was a display of Asogli culture at the festival; and the festival brought together the various divisions in a mega procession that emptied the Ho community into the Jubilee Park.

Togbe Adzi Lakle Howusu, Awafiaga, (warrior division) of Asogli State, in a welcome address, recounted the struggles to establish the State, and appealed to all to study history in order to help sustain peace and unity.

Sugandh Rajaram, Indian High Commissioner, congratulated the “friendly people of Asogli” and commended the chiefs for enforcing peace and unity.

He said agricultural and rural activities remained common grounds for both Ghana and India and assured the traditional rulers that technology exchanges would continue for mutual benefits in the areas of education, renewable energy and water supply among others.

Nana Kpebu Awusi VI, President of the Abeadze Traditional Council and a former Vice President of the National House of Chiefs, praised Togbe Afede’s commitment to the advancement of the chieftaincy institution.

“On record, I can boldly say that you are one of the most revered chiefs in Ghana. Your passion to enhance socio-economic development is praiseworthy and should be given the needed support,” he stated.

Present at the durbar were political and religious leaders, heads of civil and corporate bodies, and leaders from Ewe communities across West Africa.

Ghana has nothing to show for natural resources, huge borrowings – Togbe Afede