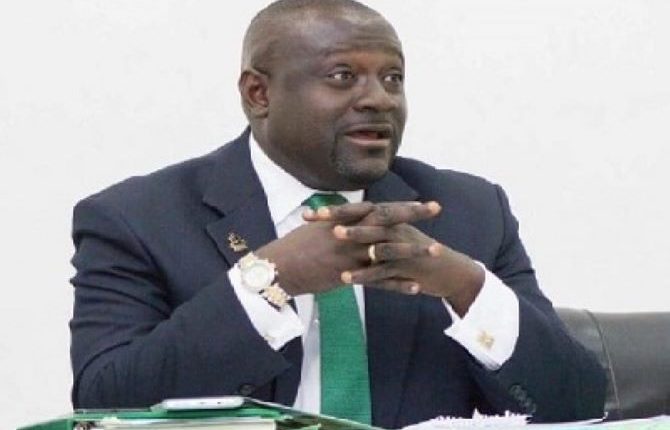 A former lawmaker for New Juaben South, and former Chairman of Parliament’s Finance Committee, Dr Mark Assibey-Yeboah has warned that Ghana’s debt crisis could degenerate into a bigger economic crisis if help does not come quickly.

His comment comes on the back of Ratings agency, S&P Global Ratings’ revision of Ghana’s rating from B-/B to CCC+/C, putting the country’s creditworthiness into junk status.

According to Assibey-Yeboah, S & P’s credit downgrade of Ghana has come at a very critical time.

“Their decision largely reflects our worsening fiscal and external balance sheets,” he wrote in a Facebook post, advising that Ghana needs to tie down a Fund program as soon as practicable so as to restructure debt.

In February Moody’s downgraded Ghana to Caa1 with a stable outlook.

S&P C downgrade means currently the country is vulnerable to nonpayment and dependent on favorable business, financial and economic conditions.

The ratings agency however indicated that the COVID-19 pandemic and the conflict in Russia have magnified Ghana’s fiscal and external imbalances.

“Demand for foreign currency has been driven higher by several factors, including nonresident outflows from domestic government bond markets, dividend payments to foreign investors and higher costs for refined petroleum products” it said.

S&P adds that Ghana’s inability to access Eurobond markets has affected the economy.

The country’s debt stock is almost 80 per cent.

In April 2015 when the International Monetary Fund (IMF) approved a $918 million facility for Ghana, it classified the country as ‘high risk of debt distress’, which means the country is not in a position to service its debts. The IMF facility initiated a programme to manage the country’s economy and to control government spending to ensure fiscal discipline. But the government hurriedly left the programme.

It has been established that in 10 years from 2011 to 2020 the country has used Petroleum Revenues to service debt by spent 74 per cent of withdrawals made from the Ghana Stabilisation Fund on debt repayment.

The 2022 African Economic Outlook found that high public debt is threatening recovery efforts in Africa and hindering the prospects of high and sustainable economic growth.

The report by the African Development Bank (AfDB) also noted that although Africa’s debt-to-gross GDP ratio is estimated to stabilise around 70 per cent in 2021 and 2022, from 71.4 per cent in 2020, it will remain above pre-pandemic levels, and this is despite growth recovery and debt relief initiatives such as the Debt Service Suspension Initiative (DSSI), the Common Framework, and the International Monetary Fund’s general allocation of $650 billion equivalent in Special Drawing Rights (SDRs).

According to the report, even though these initiatives have helped alleviate liquidity pressures in many countries by boosting external buffers, they have not erased debt vulnerabilities as 23 African countries including Ghana were either in or at risk of debt distress as of February 2022.