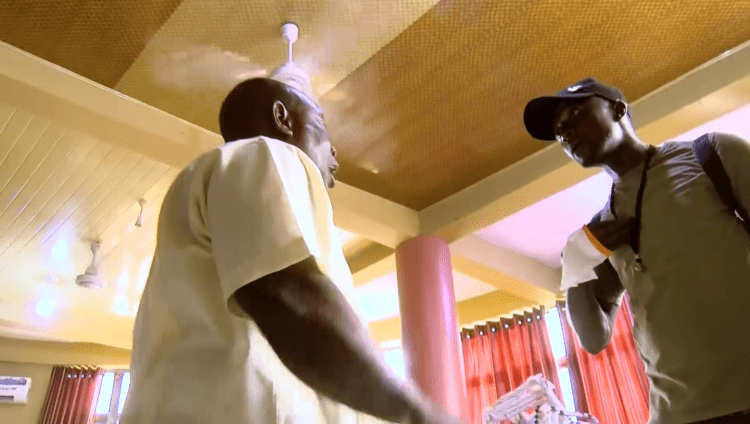 The Special Prosecutor Kissi Agyabeng has charged the former municipal chief executive-nominee for Juaben with with 26 counts of corruption.

Mr Alexander Sarfo-Kantanka is set to appear before a Kumasi High Court on Wednesday June 1, 2022. 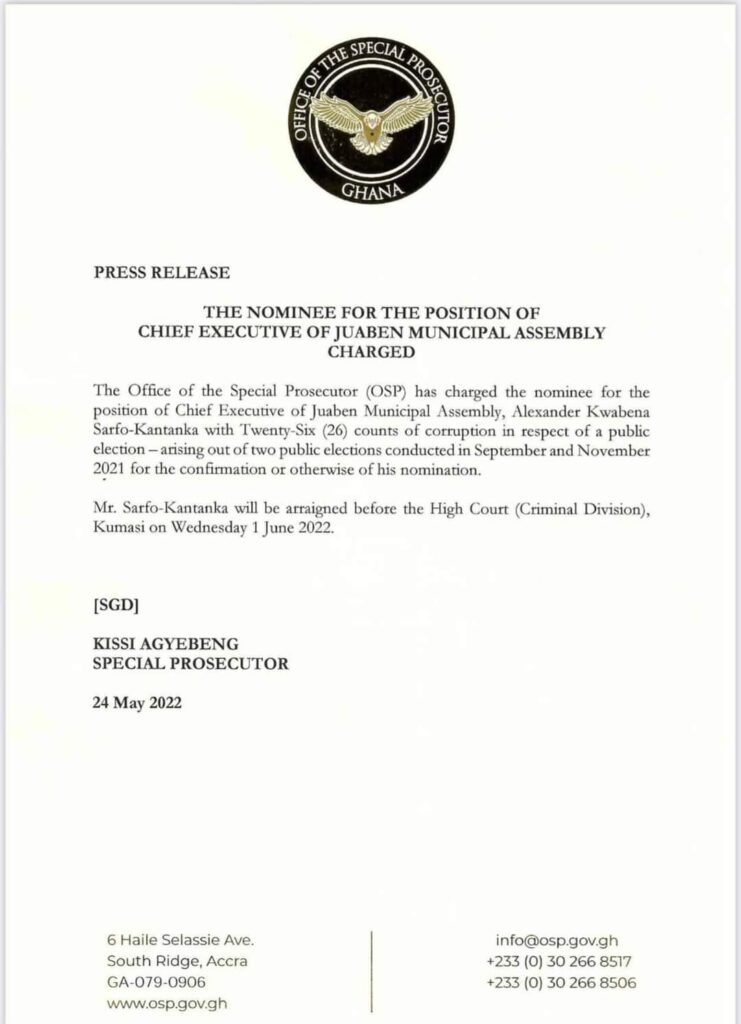 The rejected MCE-nominee for Juaben in the Ashanti region Alex Sarfo Kantanka has been bailed after he was arrested by Police in Kumasi for allegedly paying bribes to assembly members.

The nominee was seen in a viral video demanding a refund of alleged bribes he paid assembly members for his confirmation.

The police have commenced investigations to determine if the alleged bribes were paid to the assembly members prior to the voting or otherwise.

The disappointed nominee who could not control his emotions at the loss accosted an assembly member to return the bribe he took earlier before the confirmation.

According to Francis Yeboah Adumasah, an assembly member who doubles as the welfare committee chairman of the assembly, ”as a welfare chairman, it is my responsibility to get the assembly members who came for the assembly meeting their transportation, while going for the transport money from the finance officer the nominee attacked me to refund the money he gave me and so I informed the Ashanti regional minister Simon Osei-Mensah and his police bodyguard”.

“In our earlier meeting in which the nominee failed to secure the two-thirds majority of the total votes Yes, he gave money but not today’s election. The money he gave me I used for the work he assigned me to do so what’s his problem’?’ he questioned.

He described the rejected nominee as a ‘bitter loser’ explaining “you can’t win assembly elections without paying for electorate transportation.”

Member of Parliament for the Atwima-Nwabiagya South Constituency Emmanuel Adjei Anhwere, who was in the Juaben to monitor the election was also attacked by the disappointed nominee’s supporters.

However, the timely intervention of the police restored calm to the area.